A commendation from Astrobotic to the Senate Commerce-Justice-Science Appropriations Subcommittee for providing strong funding for NASA’s Lunar Discovery and Exploration initiative in its FY2020 bill.

Under the leadership of Subcommittee Chairman Jerry Moran (R-KS) and Ranking Member Jeanne Shaheen (D-NH) and full Senate Appropriations Committee Chairman Richard Shelby (R-AL) and Vice Chairman Patrick Leahy (D-VT), the committee has, once again, demonstrated Congressional support of NASA’s efforts to lead in cislunar space and now on the surface of the Moon. 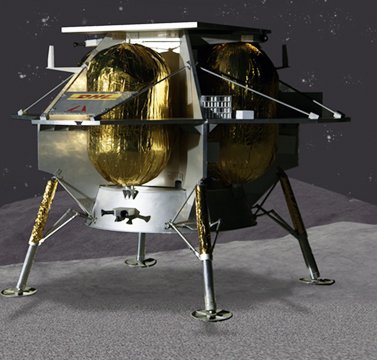 At $22.75 billion, the FY2020 bill would provide a record amount of funding for NASA. This follows multiple years of progressively more funding for the agency as well as additional resources for lunar programs. John Thornton, the CEO of Astrobotic, praised the Senate’s action and said that, once again, the Senate has provided the resources necessary for NASA to continue to lead. He is particularly pleased to see continued full funding for the Lunar Exploration and Discovery program, which houses the Commercial Lunar Payload Services (CLPS) program. This funding will allow NASA and its commercial partners, such as Astrobotic, to press ahead on an ambitious lunar science campaign that will deepen understanding of the solar system and provide invaluable knowledge of the lunar surface — knowledge that will inform and ultimately enable a revival of human lunar activities via the Artemis program. He added that Astrobotic is proud to be leading the way for America’s return to the Moon with the company's scheduled 2021 mission.

As a CLPS participant, Astrobotic competed for, and won, a task order in May of 2019 to deliver as many as 14 NASA payloads to the lunar surface. Along with 16 other payloads from around the world, NASA’s scientific payloads will be attached to the Peregrine lunar lander. The upcoming Peregrine mission will launch from Florida in the Summer of 2021 on a United Launch Alliance Vulcan Centaur vehicle and will provide the first American soft-landed payload on the lunar surface since the Apollo program.

As an industry partner to NASA within CLPS, Astrobotic continues to strongly support the larger science and exploration campaign that will be enabled by the Space Launch System, Orion spacecraft and Exploration Ground Systems, as well the Gateway. These elements will ensure America’s return to the Moon extends beyond a triumphant walk on the surface in 2024 to a sustainable, permanent presence on our nearest celestial neighbor. As such, Astrobotic looks forward to a successful conference process that retains this strong funding for NASA’s lunar science efforts and encourages quick action by both the House and the Senate to finalize the FY2020 appropriations process.