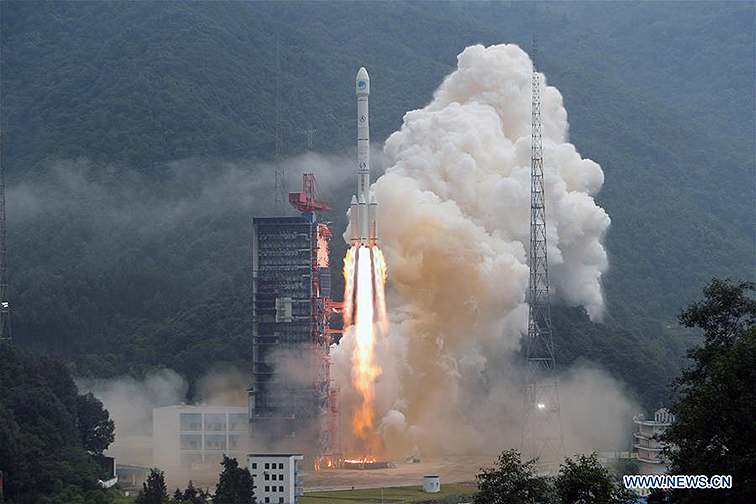 Photo is courtesy of Xinhua/Liang Keyan.

According to the China Academy of Sciences infosite, China successfully sent twin BeiDou navigation satellites into space on a single carrier rocket on August 24.

The Long March-3B carrier rocket lifted off from Xichang Satellite Launch Center in southwest China's Sichuan Province at 7:52 a.m. — this was the 283rd mission of the Long March rocket series, said a source of the launch center.

The twin satellites entered orbit more than three hours after the launch. After a series of tests, these satellites will work together with 10 other BeiDou-3 satellites that are already on orbit. Named after the Chinese term for the Big Dipper, the BeiDou system started serving China in 2000 and the Asia-Pacific region in 2012.

The twin satellites were developed by the Innovation Academy for Microsatellites of the Chinese Academy of Sciences.