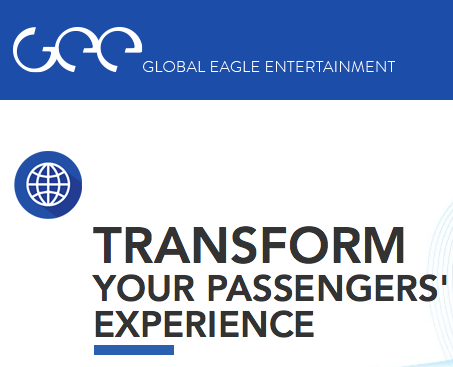 Global Eagle Entertainment Inc.'s (NASDAQ:ENT) reach has extended. Now they provide live programming delivered by satellite to cruise ships with the addition of new channels for crew members from India and the Philippines.

The Colors and TFC channels are currently available on 25 cruise ships, according to Jim Griffiths, Global Eagle’s senior vice president of content distribution and purchasing.

“We’re launching these new channels to target the large number of crew members from India and the Philippines in the international cruise industry,” said Griffiths. “Now they can watch their favorite TV programs in their own language to ease the loneliness of serving on a ship at sea far away from their homes and families.”

Griffiths added that Global Eagle will roll out more new channels to its MTN-TV service for cruise ships in the coming months targeting the interests of the international cruising passengers. It recently signed a licensing agreement with Lagardère Sports to distribute over 10,000 hours of live and produced sports programming. In addition, the company has acquired rights for Premiership Rugby and the Cricket World Cup events.