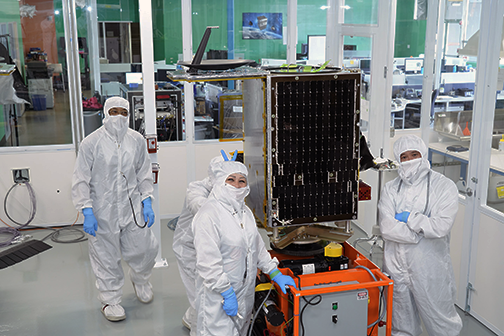 SkySats 14 and 15 in SSL's smallsat manufacturing facility. Photo is courtesy of the company. 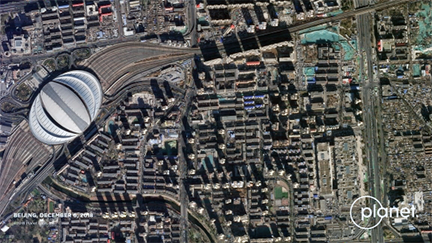 Imagery of Beijing, China captured by SSL-built SkySat. Image is courtesy of Planet.

With this launch there are now 15 SkySats on orbit, 13 of which were built by SSL. They feature 72 cm. resolution and complement Planet’s Dove constellation.

Dario Zamarian, SSL Group President, said that the firm continues to extend its leadership in Earth Observation satellite manufacturing. SSL's proven successes in commercial innovation allow the company to continue to provide customers the experience and reliability they want, with the cost and timeline objectives they require for innovative satellite platforms.