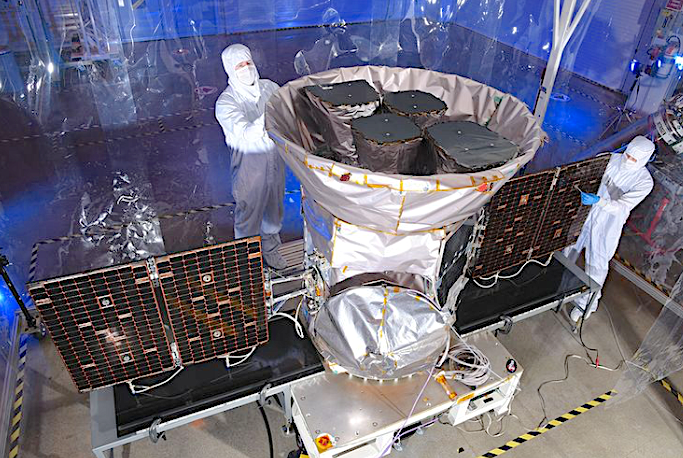 Exceeding expectations is the kind of praise most everyone would welcome regarding their talents or job performance, and that is exactly what occurred with Northrop Grumman Corporation's (NYSE: NOC) Transiting Exoplanet Survey Satellite (TESS). The satellite was built and operated by the company for NASA, and in just one year, the observatory has discovered more than twenty confirmed planets and identified hundreds of additional candidates for further study in the Southern Hemisphere. TESS will now continue its mission by performing similar observations in the Northern Hemisphere.

The mission team recently announced the discovery of yet another planet, between the sizes of Mars and Earth. The planet, called L 98-59b, marks the tiniest discovered by TESS to date. L 98-59b is around 80 percent Earth’s size. Its host star, L 98-59, is an M dwarf about one-third the mass of the sun and lies about 35 light-years away.

The TESS satellite was designed, manufactured and tested by Northrop Grumman at the company’s satellite manufacturing facility in Dulles. The company is also responsible for handling mission operations for the observatory. After launch, the observatory went through several tests and began preparation for a series of in-space maneuvers, including a lunar gravity assist, to reach its targeted high-Earth orbit. This lunar flyby was executed May 17, 2018 and the final period-adjustment maneuver was performed May 29. 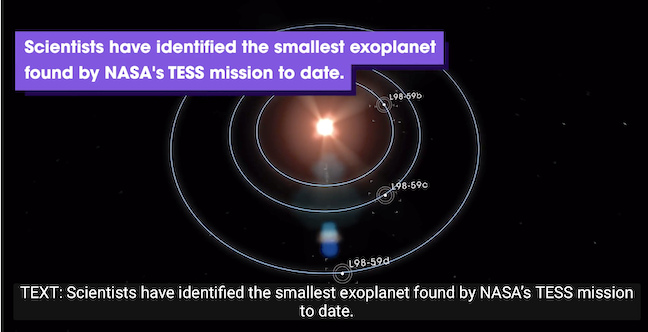 TESS is based on Northrop Grumman’s LEOStar-2™ bus, a flight-proven and flexible satellite platform that accommodates a wide variety of missions. The company has several other satellites in production for upcoming NASA missions including Landsat-9 and the JPSS-2, -3 and -4 weather spacecraft which use the larger LEOStar-3™ bus.

TESS is a NASA astrophysics explorer mission led by the Massachusetts Institute of Technology (MIT) in Cambridge, Massachusetts, and managed by NASA’s Goddard Space Flight Center in Greenbelt, Maryland. Dr. George Ricker of MIT’s Kavli Institute for Astrophysics and Space Research serves as principal investigator for the mission. Additional partners besides Northrop Grumman include NASA’s Ames Research Center in California’s Silicon Valley; the Harvard-Smithsonian center for astrophysics in Cambridge, Massachusetts; MIT’s Lincoln Laboratory in Lexington, Massachusetts; and the Space Telescope Science Institute in Baltimore, Maryland. More than a dozen universities, research institutes and observatories worldwide are participants in the mission.

Steve Krein, vice president, civil and commercial satellites, Northrop Grumman said that the TESS observatory is exceeding expectations after just one year scanning the skies. As the provider of mission operations for the spacecraft, Northrop Grumman is proud to support this historic mission as it continues to expand their knowledge of the universe while demonstrating their legacy of flight proven scientific spacecraft.