[Satnews] Veterans will be honored this week on November 11, and there is also an anniversary of another important branch of the military...

The Space and Missile Systems Center at Los Angeles Air Force Base celebrated the 45th anniversary of the launch of the first Defense Support Program satellite November 6, 2015. It was the beginning of a satellite constellation that has provided early missile warning to our nation's leaders and warfighters for almost five decades. 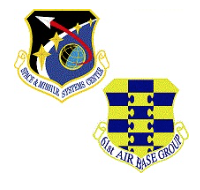 The launch of the maiden DSP spacecraft from Cape Canaveral, Florida was successfully accomplished on November 6, 1970.  For 45 years, the DSP early warning satellite system has provided 24-hour, worldwide surveillance for missile warning and nuclear burst detection and serves as the space segment of the U.S. Integrated Tactical Warning and Attack Assessment System.

The DSP program was a follow-on to the Missile Defense Alarm System and Vela Programs. MIDAS was started in 1960 and proved the operational concept of space based infrared detectors and other technologies by 1963. The Vela program was developed in 1963 to monitor nuclear test ban treaty compliance. Both programs were consolidated into the Defense Support Program.  Since then, a dedicated team of scientists, engineers, acquisition specialists, civilian contractors and space professionals has ensured that the DSP system performed better than advertised with the successful delivery of 22 satellites on-orbit. 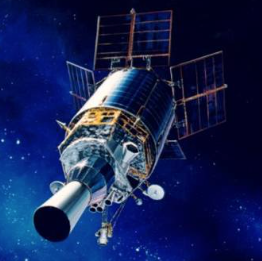 "Starting with the first launch 45 years ago and continuing today, this venerable satellite system has stared down on the Earth from its geosynchronous orbit tens of thousands of miles above our planet's surface," said Lt. Gen. Samuel Greaves, SMC commander and Air Force Program Executive Officer for Space. "The resiliency and tenacity of the DSP constellation is a testament to the hard work and dedication of the men and women across the government and industry team of the Defense Support Program. We offer our congratulations on the achievement of such a monumental milestone, and look forward to many more years of mission success!"

The original contractors for the DSP satellite were TRW (now NorthropGrumman Aerospace Systems) for the spacecraft and Aerojet, now  Northrop Grumman Electronic Systems, for the infrared sensor. In 2001 and 2002, Aerojet and TRW became part of Northrop Grumman Corporation and today, Northrop Grumman continues to sustain the on-orbit spacecraft through its facilities in Redondo Beach and Azuza, California and at Buckley AFB, Colorado.

"The Defense Support Program has a rich history providing invaluable support to the nation's critical nuclear deterrence mission helping to win the Cold War and providing theater missile warning to warfighters and allies during Desert Storm," said Col. Mike Guetlein, director, Remote Sensing Systems Directorate. "It continues to provide strategic and theater missile threat deterrence to this day, and we are extremely proud of the DSP legacy."

Acquisition and sustainment support for the DSP constellation is managed bythe Remote Sensing Systems Directorate at the Space and Missile  Systems Center in Los Angeles, California, and at Peterson AFB, Colorado. RS also manages the follow-on capability to DSP, the Space Based Infrared System program, which builds on DSP's legacy of providing timely warning of strategic and theater missile warning threats and other infrared terrestrial events.  Both systems are operated by the 460th Space Wing headquartered at Buckley Air Force Base, Colorado.