Cubesats are becoming more and more capable — once considered a useful “toy” to educate aerospace engineers, they are now widely used for scientific research and commercial applications. 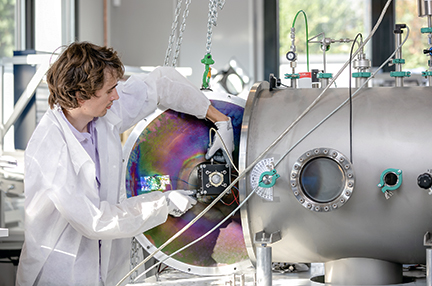 In 2018, more than 300 cubesats were launched into space, and market forecasts estimate an annual growth of 30 percent over the years to come. With the swarm of new satellites being launched into LEO and MEO, it is not only the traditional space community that is getting concerned about the sustainability of space. 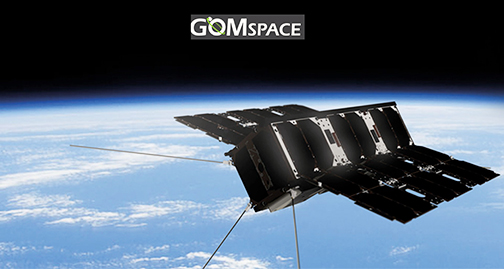 ThrustMe has been selected by GomSpace for the GOMX-5 ESA mission to demonstrate advanced maneuvers for the satellite constellations of tomorrow. While satellites are getting smaller and cheaper, constellations are getting larger and more complex. Thus, advanced propulsion capabilities will be the next competitive differentiator.

Dr. Ane Aanesland, Co-Founder and CEO of ThrustMe, said that for this new space industry to be sustainable, both from an environmental as well as an economical perspective, the company understood that these new satellites will one day need a variety of advanced space propulsion technologies. ThrustMe decided to work on this problem and the firm has brought in revolutionary technological innovations to reply to this industry need.

Niels Buus, CEO of GomSpace, noted that now, when cubesatss have become commoditized, it is time to look at the next step. The GOMX-5 mission is a follow up from the previously successful GOMX-3 and GOMX-4 missions and this time the company wants to test and demonstrate the most promising technologies for miniaturized space propulsion for maneuverability required for the constellations of tomorrow.

Kim Toft Hansen, Project Manager of GOMX-5 at GomSpace, added that the company's technological solution is truly revolutionary. The firm has brought in breakthrough ideas and coupled it with clever engineering solutions.

Pressurized propellant storage is a significant roadblock for miniaturized propulsion systems; it can be expensive, difficult to manufacture, requires significant qualification testing, not to mention complications and possible safety hazards with transport or filling prior to launch. Already in 2008, the founders of ThrustMe and their former research colleagues at the Ecole Polytechnique/CNRS in France, started looking into using iodine as a propellant replacement for pressurized xenon used in conventional plasma-based propulsion systems.

Dr. Aanesland noted that at that time, it was so exotic that the company had difficulty being taken seriously and not judged as crazy physicists. However, with persistence, theoretical modelling and proof-of-concept experiments showing the feasibility of iodine as an alternative propellant, thruster performance was predicted to be comparable to state-of-the-art systems using xenon. This proved to be an important breakthrough that helped motivate the creation of ThrustMe in early 2017 and the development of a new, completely stand-alone propulsion system. The potential of iodine is now recognized and being explored by a number of companies throughout the world.

Dr. Dmytro Rafalskyi, co-founder and CTO of ThrustMe, added that iodine has some unique properties, but the firm knew that to be able to make this idea into a real product, new thinking had to be applied. Xenon simply cannot be just replaced with iodine and then hope that it would work.

In ThrustMe’s propulsion system, called the NPT30-I2 and to be demonstrated on the upcoming GOMX-5 mission, a heating element causes sublimation of solid iodine into a gas, which is then used to create a plasma in a special discharge chamber. By setting the temperature of the heating element to specific values, the sublimation rate can be precisely controlled and different iodine flow rates obtained. This allows the propulsion system to operate in different modes (such as high-thrust, or high fuel efficiency) at various stages of a cubesat mission, which greatly increases flexibility and opens up further mission options.

ThrustMe’s NPT30 is an intelligent, modular and stand-alone electric propulsion system based on gridded ion thruster technology. The NPT30 operating with xenon propellant is currently commercially available and has been purchased by several clients already. Due to its modular design, new innovations can easily be included. ThrustMe is working on new technologies for both acceleration and propellant management. During the GOMX-5 mission, the NPT30 operating with iodine will be tested to demonstrate the full potential of this system. The NPT30 is expected to enable large orbital transfer maneuvers for the constellations of tomorrow.