[SatNews] The uncrewed flight will take to an altitude of approximately 3,600 miles above the Earth’s surface, more than 15 times farther than the International Space Station’s orbital position.

“This is a tremendous milestone and gets us one step closer to our launch later this year,” said Tony Taliancich, ULA’s director of East Coast Launch Operations. “The team has worked extremely hard to ensure this vehicle is processed with the utmost attention to detail and focus on mission success." 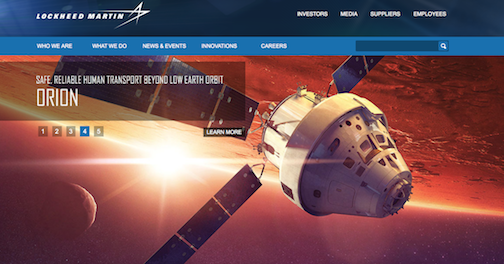 Today, the rocket was raised from a horizontal position and placed on the launch pad for final processing, testing and checkout. In addition, the team will conduct a high fidelity rehearsal to include fully powering up the booster and loading the tanks with fuel and oxidizer. In November the Orion spacecraft, built by prime contractor Lockheed Martin, will be moved to the pad and placed on top of the Delta IV rocket.

The uncrewed EFT-1 flight will take Orion to an altitude of approximately 3,600 miles above the Earth’s surface, more than 15 times farther than the International Space Station’s orbital position. By flying Orion out to those distances, NASA will be able to see how Orion performs in, and returns from, deep space journeys.

Lockheed Martin leads the Orion industry team which includes major subcontractors Aerojet Rocketdyne, United Technologies Aerospace Systems, and Honeywell, as well as an expansive network of minor subcontractors and small businesses in 45 states across the country.

The Orion program will enable NASA to:

The Delta IV Heavy is the world’s most powerful launch vehicle flying today, and we are excited to be supporting our customer for this critical flight test to collect data and reduce overall mission risks and costs for the program,” said Taliancich.

This state-of-the-art spacecraft provides solutions that are extensible to future missions, and focuses first and foremost on crew safety:

In addition, Lockheed Martin contracts with hundreds of small businesses across the United States through an expansive supply chain network. There are approximately 3,000 people who work on the Orion program nationwide, including contractors, civil servants, subcontractors, suppliers and small businesses.

With more than a century of combined heritage, United Launch Alliance is an experienced and reliable launch service provider. ULA has successfully delivered more than 85 satellites to orbit that provide critical capabilities for troops in the field, aid meteorologists in tracking severe weather, enable personal device-based GPS navigation and unlock the mysteries of our solar system. Bringing rocket science down to Earth.