RUAG Space Works With Algae, the 'Lung of this Planet', to Regenerate Air in Long Term Space 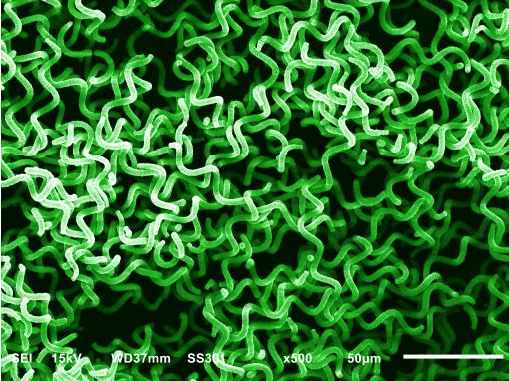 Spirulina micro-algae which will be cultured in the RUAG air regeneration system (Credit: ESA).

What would you think would help astronauts breathe in space besides oxygen? How about micro-algae?

RUAG Space  in Nyon, Switzerland, was awarded with a contract to develop a technology demonstrator for use on the International Space Station. This photo-bioreactor will allow a smooth recycling of a portion of the air that spacecraft crews need to breathe.

One of the top challenges of long-term human space flight is life support. If humans ever want to  travel to Mars (or beyond), they will need to minimize the re-supply of essential consumables such as air, water, and food. This means that technologies need to be developed which enable the recycling of air, water, and human wastes in a so-called closed loop, that is without external interference or help.

Why take algae on space missions?
For many people, algae may trigger images of greenish ponds or memories of getting tangled in seaweed during an afternoon swim in the lake. Others may think about Japanese maki rolls and their distinctive saline flavor. However, algae are also crucial to sustaining life on this planet. Approximately 50 percent of the world oxygen production comes from algae, rendering them the figurative “lung” of our planet. 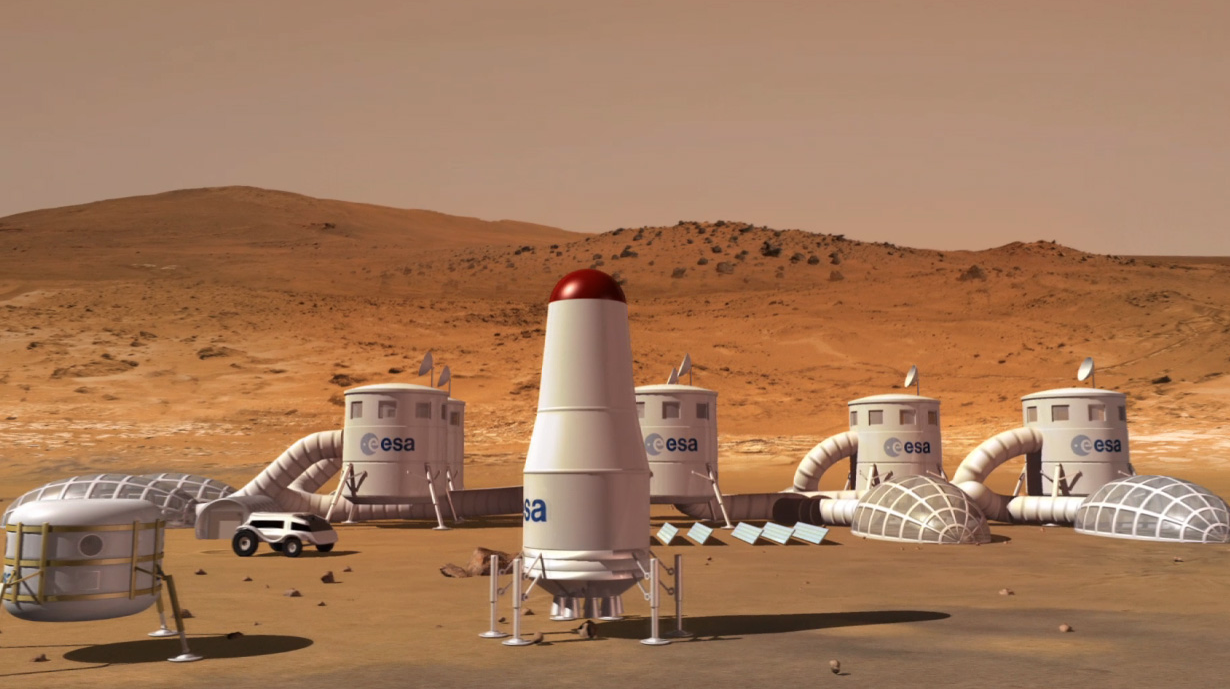 Concept for potential mars base for which novel life support systems will need to be developed (Credit: ESA)

As extensively studied under the European Space Agency’s Micro-Ecological Life Support System Alternative (MELiSSA), these micro-organisms are very efficient at regenerating air using photosynthesis. Therefore, they are particularly well-suited for air regeneration in spacecraft cabins used by the crew. For this, however, specialized photo-bioreactors need to be developed. These photo-bioreactors need to be able to cultivate the algae in micro and partial gravity. They must also be able to control this process over long-term missions.

Producing oxygen and food
Owing to its many years’ experience in the development of space bioreactors, RUAG Space’s site in Nyon, Switzerland, has just been awarded with an important project by the European Space Agency to develop a scale-down demonstrator for an air recycling system based on micro-algae, called BIORAT. And this is how it shall work: When the crew activity and air consumption increases, the photo-bioreactor adjusts the illumination for the algae, thereby making them generate just the right amount of oxygen. The BIORAT demonstrator is based on a previous flight experiment called ArtemISS, which successfully demonstrated the core scientific hypothesis. BIORAT is now intended to further scale up the process and increase its efficiency, demonstrating its use with real cabin air.

One of the by-products of all of this is ‘Spirulina’, an edible superfood. So not only will the astronauts be able to breathe quality air, they will also be able to enjoy a nutritious snack on their long voyage.

RUAG Space CEO Peter Guggenbach said it is exciting to be working on technology used in near-future human space exploration. Securing the air to breathe for the astronauts is really at the heart of a mission.

The presently awarded contract will result in a prototype of the system. The actual demonstrator mission on the International Space Station is currently foreseen for 2024.