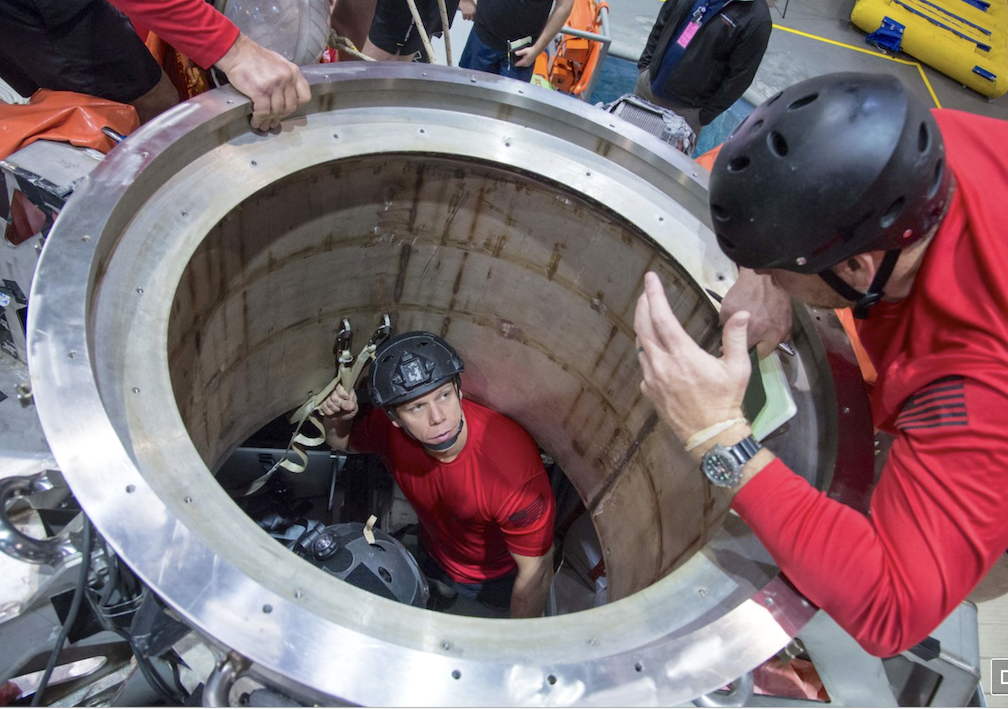 It's possible one day an asteroid may threaten the Earth and the threat would need to be mitigated — possibly by the U.S. military. It's a scenario considered in a paper titled "Whither Space Power?" co-authored by two Air Force officers in 2002.

"Should be found on a collision course, whose job should it be to divert the threat, and how?" wrote Air Force Maj. Gen. John Shaw — then a major — and his co-author, Air Force Brig. Gen. Simon Worden. "It is our view that an organization the people have placed their lives in the hands of for the past several centuries — the U.S. military — is best suited to provide protection from either natural or man-made threats."

During a June 1 webinar sponsored by SpaceNews, he explained what "planetary defense" is.

"Planetary defense, as we talk about it in the space community today, refers to defense of the planet against asteroids, natural threats ... that could potentially collide with the Earth with calamitous results," Shaw said.

Shaw said today NASA has an office responsible for cataloging things within the solar system that potentially could threaten the Earth. 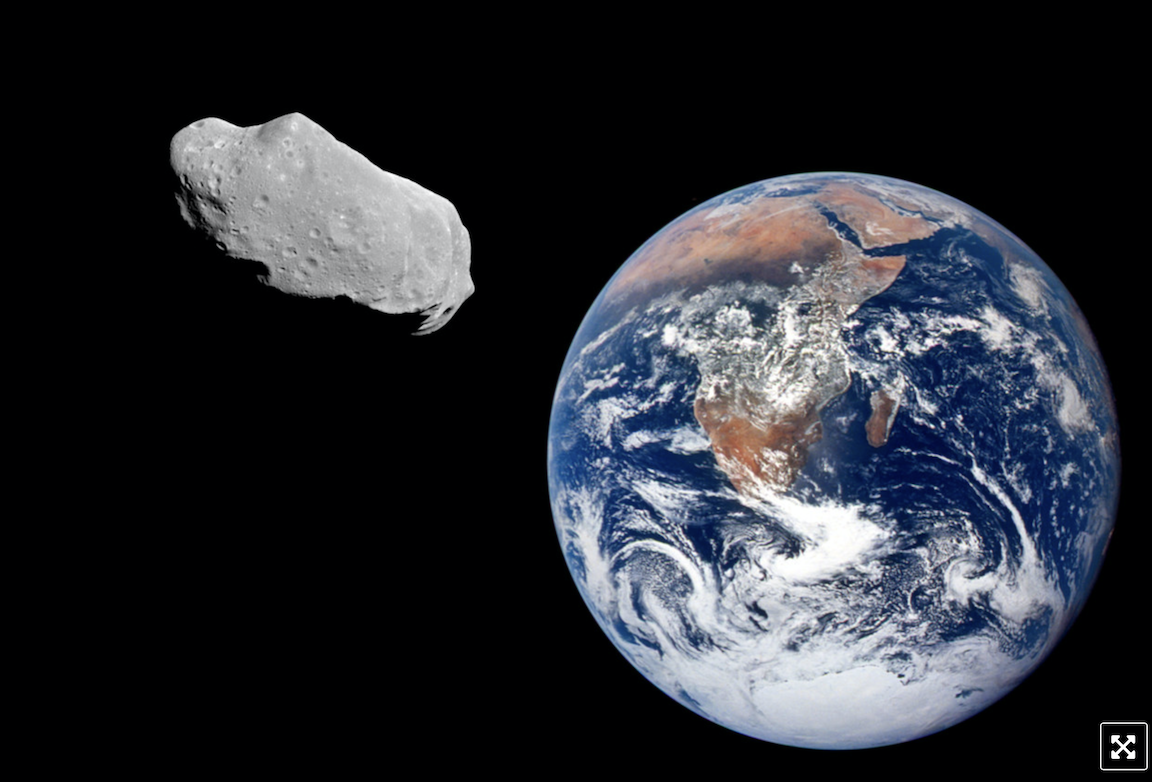 One day an asteroid might threaten Earth. The U.S. Space Force has said it would be willing to partner with NASA to defend against such threats.

While he said that years ago he was on board with the idea that the Defense Department might be primarily responsible for dealing with those kinds of threats to the planet, today he has more of an open mind about how those threats might be mitigated.

"We're happy to team with NASA in that regard," he said. "If a small asteroid or meteorite did hit the Earth, there would be some sort of emergency management response on the part of our nation to support wherever that landed, and the Department of Defense would be happy to be a teammate in that regard."

An important part of that launch, he said, involved Defense Department personnel being ready to recover those astronauts if the mission failed and they had to return to Earth. The Defense Department has done the mission before — for the space shuttle, he noted, but it's been a long time since recovery personnel have had to be ready to retrieve astronauts from a capsule such as the "Crew Dragon" craft that was used in the Demo-2 mission.

"We really [had] to go back to 1975 to remember when we were last supporting capsules for personal recovery operations," he said. "And that's a whole different profile in terms of mission planning and contingency scenarios than the shuttle."

The space shuttle, he said, could maneuver and land at an airfield, if needed. Not so with a capsule. 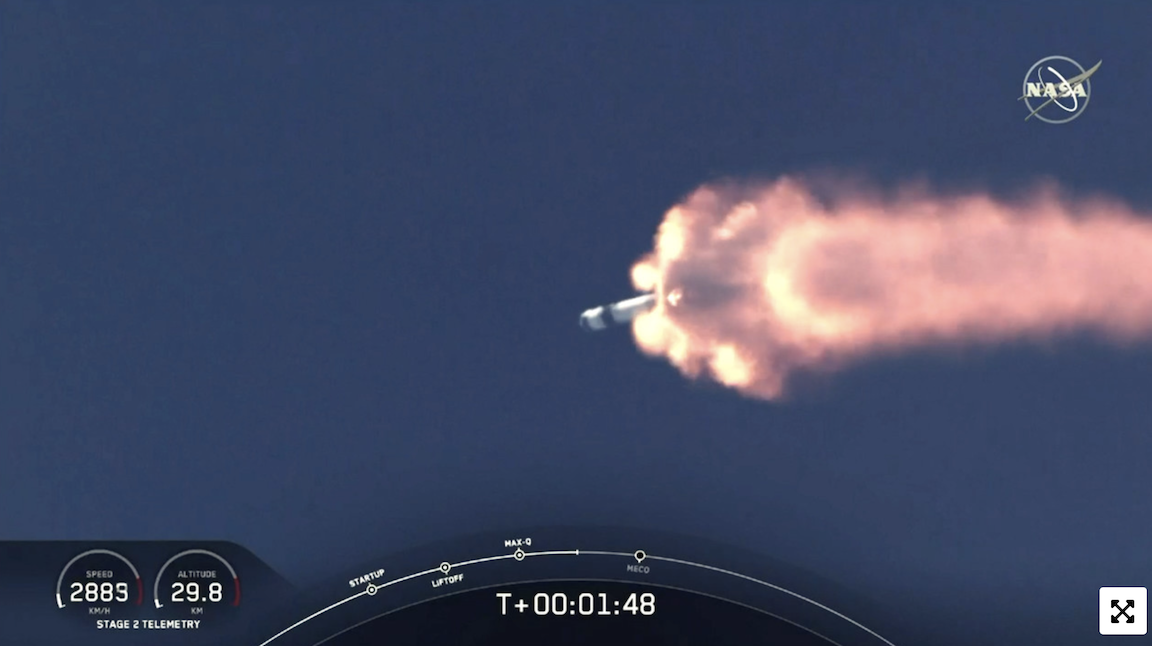 The SpaceX Crew Dragon spacecraft sits atop a Falcon 9 rocket and rises into the atmosphere as part of NASA’s Demo-2 mission, May 30, 2020. NASA astronauts Air Force Col. Robert L. Behnken and retired Marine Corps Col. Douglas G. Hurley were aboard the craft.

"A capsule doesn't have that maneuverability, but it has the possibility of landing just about anywhere, and it can land just about anywhere," he said. "That means our ability to support that ... has to be able to cover that total footprint, and that's different."

Air Force Lt. Col. Michael Thompson serves as commander of Detachment 3 of the 45th Space Wing's 45th Operations Group. His detachment was responsible for being ready if anything went wrong with the Demo-2 mission and astronauts needed to be retrieved.

"The last two years have really been kind of the fourth quarter, getting ready for this," he said. "We've been working with Boeing and SpaceX, especially SpaceX, over the last year as we finalized and put the finishing touches on the tactics, techniques and procedures for this rescue scenario."

Thompson said his detachment is actually small — about 30 people. And for the last year that small team was preparing for the launch of the Demo-2 mission. When the launch approached, he said, "Task Force 45" stood up, and the team grew to about 150 personnel. That's still much smaller than what was available in the 1970s for Apollo missions, he said, which included as many as 6,000 personnel, 24 aircraft and seven Navy ships.

"Today we posture, like I said, 150 members," he said. They also have eight aircraft at their disposal, in three different locations.

"Over the last couple years, we've been putting those plans together," he said. "We went through this last weekend. It went exactly as we had planned, where we were on alert ... once the Merlin engines fired up. That's really when our mission began."

He said the team is ready for medical evacuation support three hours prior to liftoff, but it's when the rocket fires up that they are really expected to be ready to go. 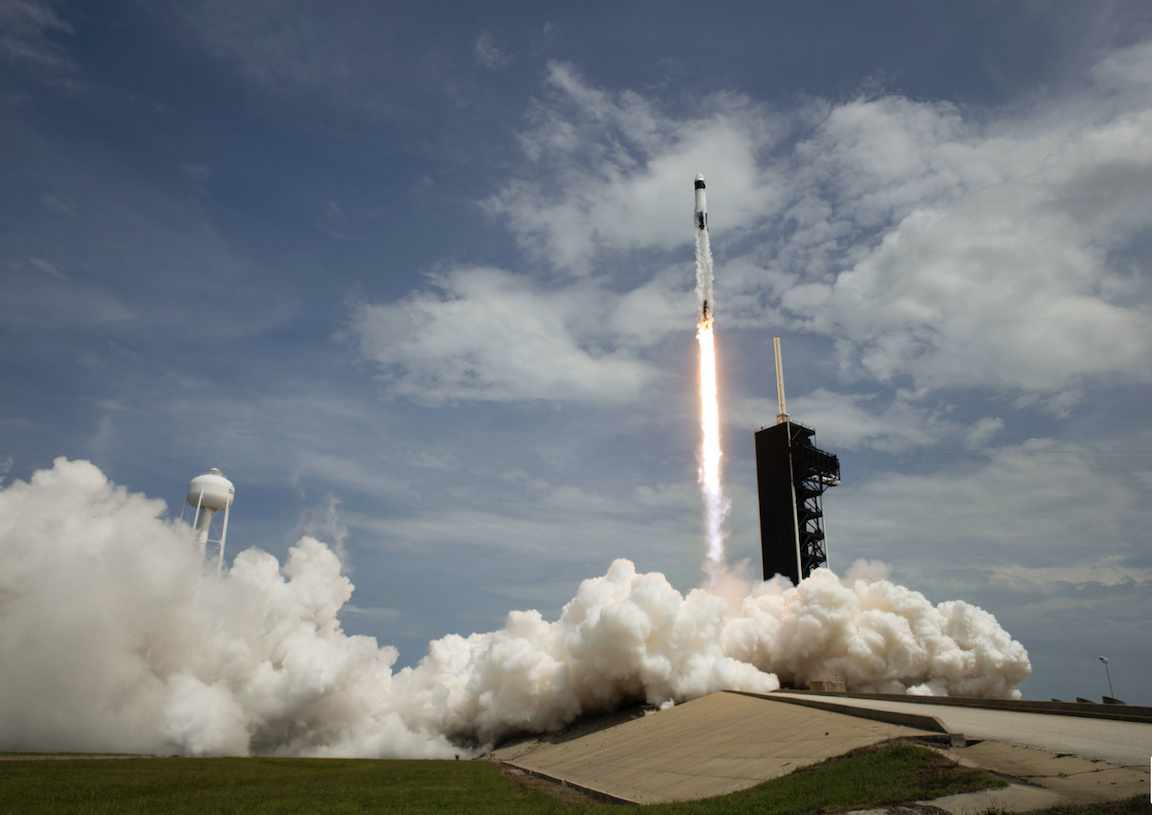 "It's really exciting, you know, to see that the team of professionals here are some of the best," Thompson said. "When we talk about combat search and rescue professionals worldwide, these are the men and women that we look to. The same pararescuemen that are saving lives in the combat theater in Iraq, have been in Afghanistan, doing global ops, those are the same pararescuemen that are here executing this mission."

Air Force Brig. Gen. Douglas A. Schiess, commander of 45th Space Wing, said the May 30 launch involved weather issues up until about 30 minutes prior, and that there had also been issues with the Eastern Range that supports both Cape Canaveral and the Kennedy Space Center in Florida. Those issues, he said, had been cleared up by range technicians in time for successful launch, however.

"Once we got about four minutes to go, I knew we were going to be good," Schiess said. "Then my activity really was focused on Task Force 45, where the men and women of Det. 3 and airmen across the Air Force came together, and across the world."

Det. 3, he said, had been preparing for its mission for several years.

"This team, they are a bunch of rescue experts and they do an incredible job," he said. "I can't just say anymore how proud I am of the men and women of the 45th Space Wing, Det. 3, and the Task Force 45 for the efforts that we did over the last couple weeks, and specifically this weekend, all the way up to docking and then watching our two astronauts, Bob and Doug, go through the hatch into the International Space Station."