Why an Elementary School's Name in Anchorage, Alaska, was Selected to be on a OneWeb Satellite 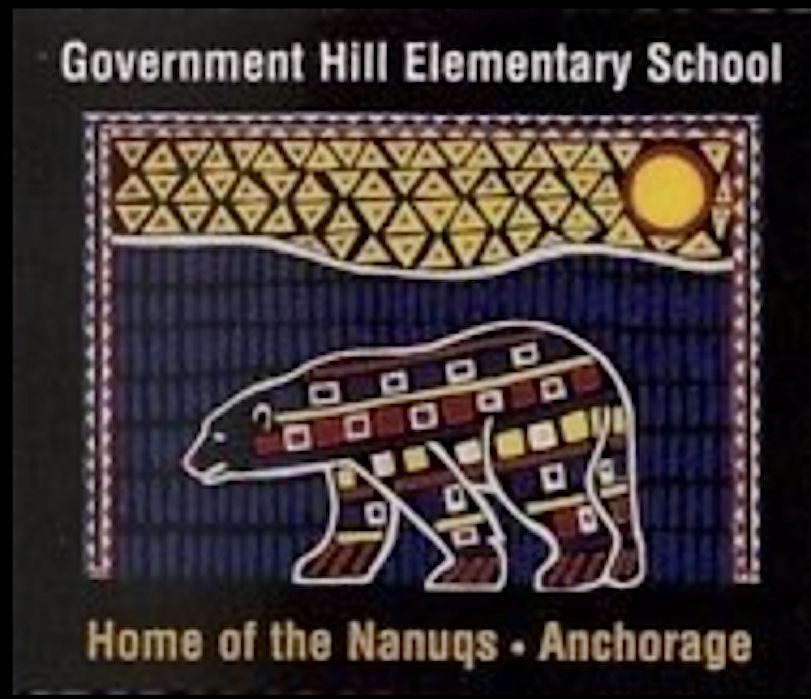 A broadband satellite startup company plans to launch a satellite into space next week with an Anchorage elementary school’s name on it, a symbol of an intensifying race to bring cheaper, faster internet to Alaska.

Engineers with the company, OneWeb, visited Government Hill Elementary School on Thursday. Lesil McGuire, a former Alaska state senator, met OneWeb’s founder, Greg Wyler, in Barrow years ago. McGuire, now a consultant for OneWeb, suggested Government Hill as one of six schools around the globe to be the first to receive its satellite internet. The other schools are in Nepal, Kyrgyzstan, Rwanda, Ecuador and Honduras.

After several delays, the company plans to launch its first six satellites in French Guiana in South America on Wednesday.

OneWeb is one of several high-profile startups working to launch a network of hundreds of broadband satellites into Earth’s orbit. The multi-billion dollar venture aims to make affordable, high-speed satellite internet available across the globe, including in remote communities in Alaska where service is expensive, slow, unreliable or nonexistent. 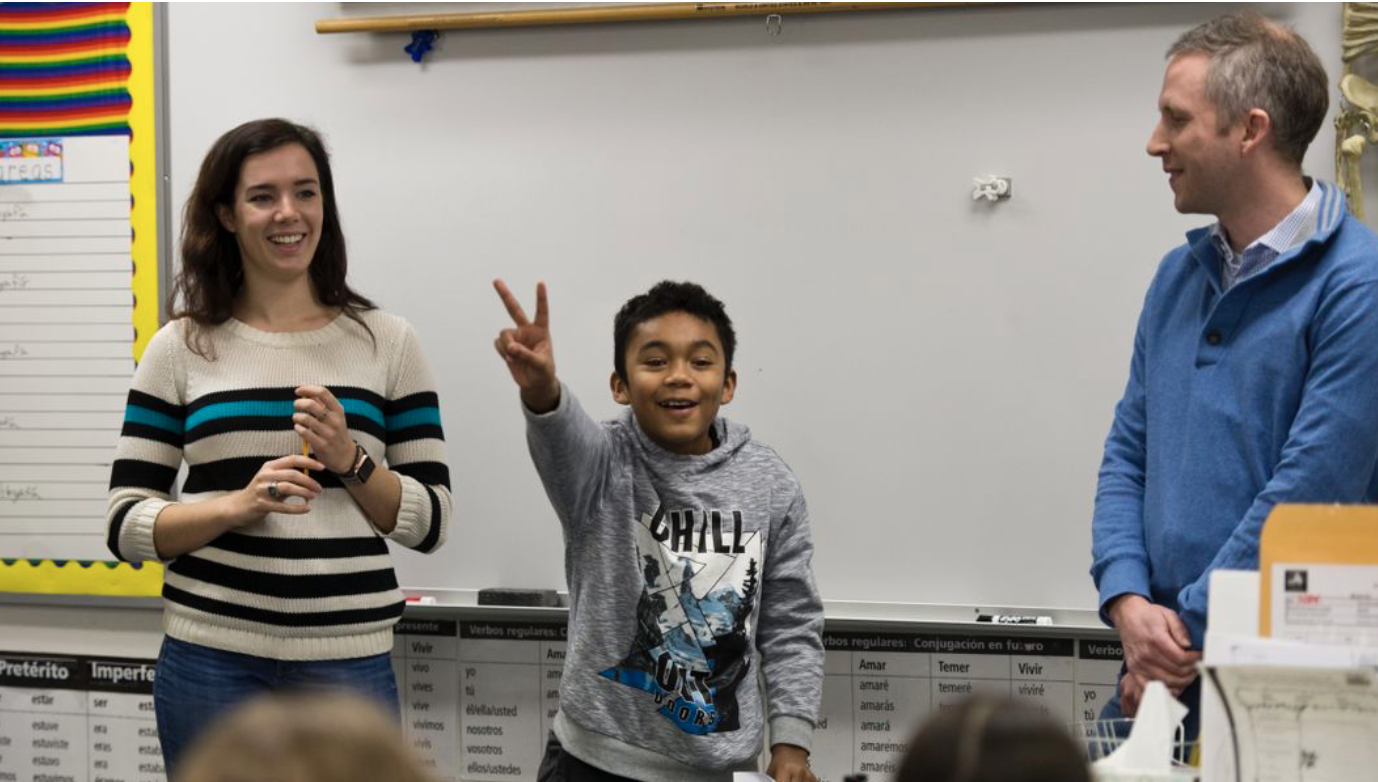 In 2017, Anchorage-based Alaska Communications signed an agreement with OneWeb to become the state’s first reseller of the broadband access.

In Ernestina Liranzo’s fifth-grade classroom at Government Hill Elementary on Thursday morning, OneWeb engineers Kevin Macko and Katelyn Sweeney talked about satellites and took questions from students. Kids peppered the engineers with questions, about aliens, black holes and how satellites avoid crashing into each other in orbit.

The students later voted to name the satellite "Nanuq Polar Oso", a mash-up of Inupiaq, English and Spanish for “polar bear.” When the satellite launches, it will have a sticker on it with a map of Alaska and the school’s name, according to OneWeb.

The school will stream the satellite launch for students, Principal Mandy Clark said.

Eventually, an iPad-sized antenna will be installed on the roof of Government Hill Elementary to receive the satellite internet signal and allow students to communicate with the five other remote schools, McGuire said. The company is aiming to turn on its network in 2020.

In a recent tweet, Wyler, the company’s founder, referred to Government Hill Elementary as “one of the unconnected schools we’re committing to connect,” even though the school — nested in a mixed-income neighborhood in urban Anchorage, down the block from the city’s AT&T headquarters — already has high-speed internet access.

Macko, the visiting engineer, said the satellites are mainly aimed at creating more options for internet providers to make connections cheaper and faster.

“Certainly, more remote schools without existing (or limited) service will also be able to have a huge benefit from satellite internet connections,” Macko wrote in an email. “We are also hoping to emphasize that our service can work continuously during things like natural disasters because people don’t need to rely on wires on the ground.”

About 80 percent of the state has access to high-speed broadband internet, said Heather Handyside, spokeswoman for the communications company GCI. The challenge lies with people in remote places off the road system, she said, where it is geographically or financially impossible to build fiber optic cable lines. 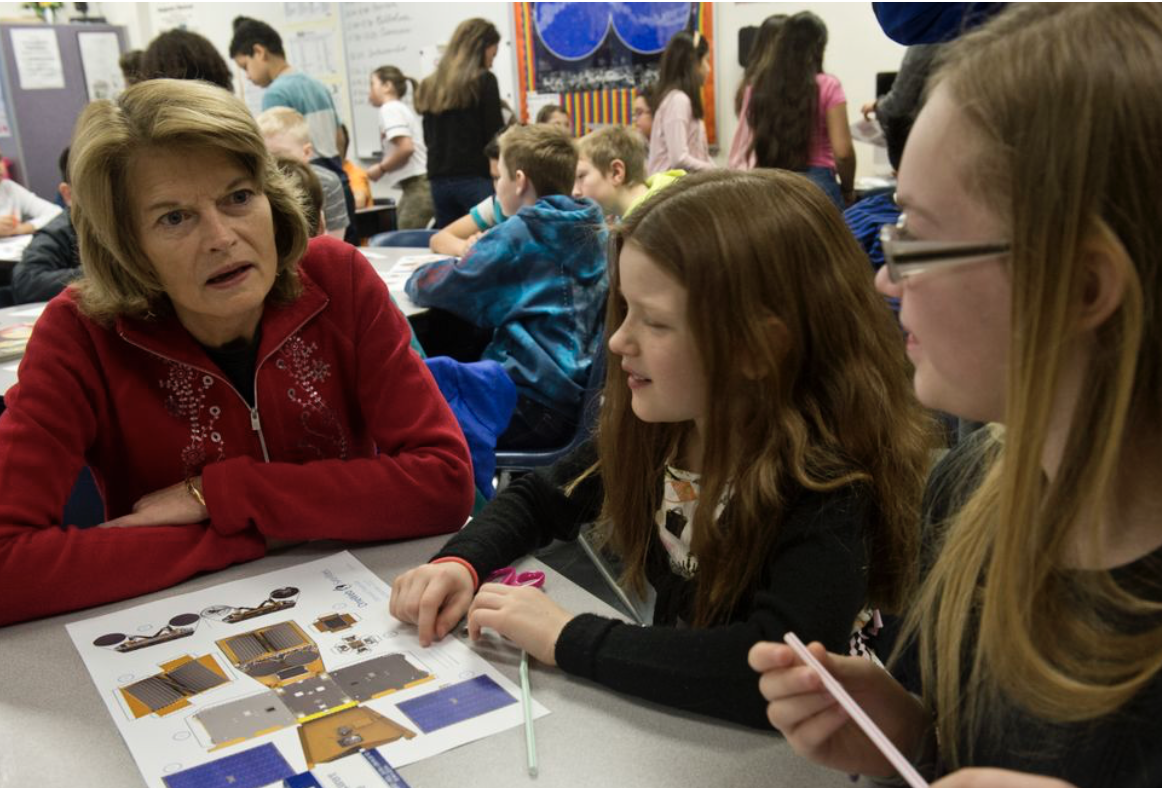 OneWeb is among several well-known companies racing to build a satellite network in low Earth orbit. Others include Jeff Bezos’ Blue Origin and Elon Musk’s SpaceX. SpaceX, which is backed by Google and Fidelity, has two test satellites in orbit now.

In January, a San Francisco-based startup, Astranis Space Technologies, announced it had signed a deal with Alaska internet provider Pacific Dataport to build and launch a miniature satellite.

Several thousand Alaskans are currently receiving satellite internet from Pacific Dataport’s parent company, Microcom, which launched its service in 2014. The planned satellite project will triple the available satellite capacity in Alaska at a third of the price, said Chuck Schumann, the founder of Microcom.

Compared to OneWeb, which plans to put hundreds of satellites into low Earth orbit, Astranis plans to build and launch a miniature satellite that will rotate at the same rate as the Earth and appear to be stationary. The satellite, known as a “geostationary” satellite, can focus on specific geographic areas like Alaska. The first phase of the project is set to launch in 2020.

Schumann said he sees the two satellite networks as complementary. Low-Earth orbit satellite signal offers a more robust connection for videoconferencing, while the geostationary signal comes with a slower response but is intended to be more broadly available and affordable, Schumann said. He said he expects his company to sell both types of connections.