Many companies with goods and services to promote will be appearing this next week at the Farnborough International Airshow 2018. Among those present will be Airbus, which will unveil its secure networked airborne military communications solution, Network for the Sky (NFTS). NFTS combines different communication technologies to form one resilient global mesh network, allowing aircraft to be fully part of a high-speed connected battle space. 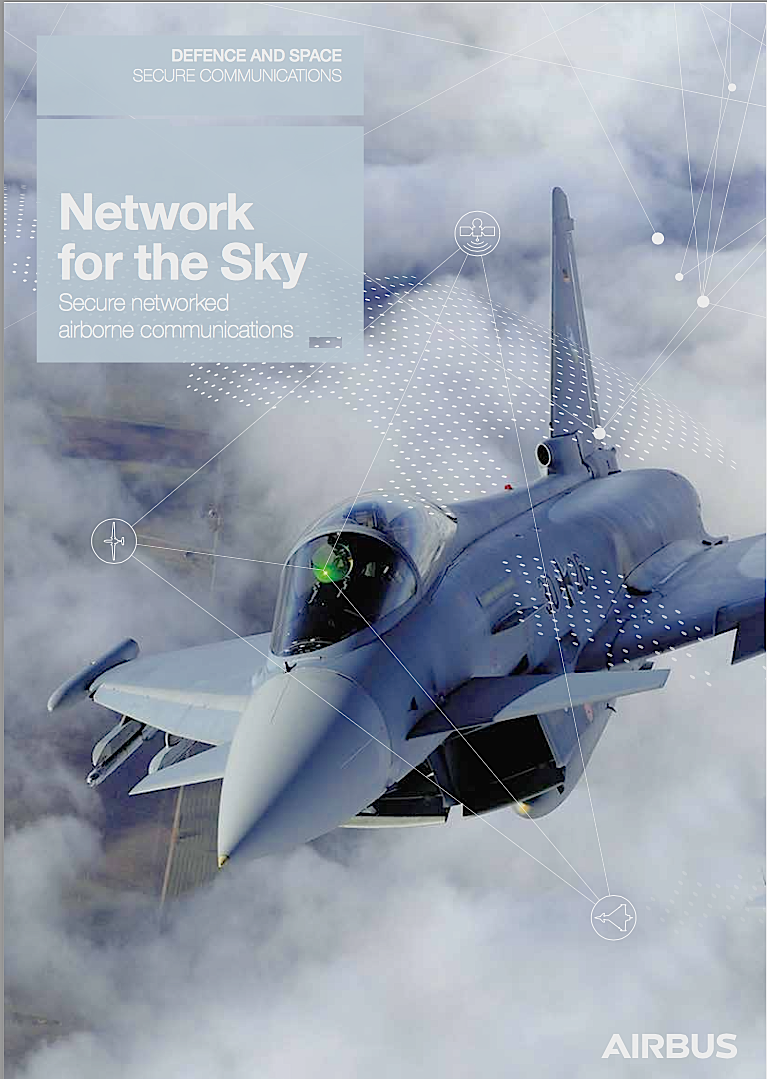 This communication network solution is interoperable between aircraft, satellites, command centers and mobile units deployed on the ground or at sea, which will solve the huge dilemma of the current situation of individual aircraft, unmanned aerial vehicles (UAVs) and helicopters that operate on separate networks with limited interoperability between them and often little resilience. Their bandwidth is also usually insufficient for transferring large volumes of data. For example, on combat aircraft, Link 16 and UHF/VHF communication systems offer data rates of only a few kbit/s which is basically suited to voice communications and the exchange of position coordinates.

David Kingdon-Jones, Head of NFTS at Airbus Defence and Space said that Network for the Sky aims to offer the same seamless experience that people have with their mobile phone when it switches from one network to another or from 4G to Wi-Fi without realizing it, but with the reliability and cybersecurity standards of military communications. The difference is that, in the sky, it is not only the users who are mobile, but also the network, since aircraft themselves constitute the nodes of that network. Given their speed, two aircraft may only have a few seconds to exchange information that is critical for the mission.

NFTS will integrate various technologies, such as satellite links with geostationary, medium and low Earth orbit constellations, tactical air-to-ground, ground-to-air and air-to-air links, voice links, 5G mobile communication cells and laser connections, into a single global secure network. This intelligent network can be reconfigured at any time and prioritizes exchanges based on data flows, mission objectives and available bandwidth on the different links.

The management of end-to-end, seamless connectivity will then be transparent to users. NFTS will also see the rollout of a new generation of communication terminals and antennas that can be perfectly integrated into the fuselage, capable of managing different frequency bands and remaining connected despite rapid maneuvers by the aircraft.

Providing connectivity for the entire duration of air missions, the network will enable information superiority and extend the multi-mission capabilities of aircraft. Mission aircraft will be able to share in real-time applications and data stored on board via a combat cloud. It will be possible to re-task in-flight combat aircraft and helicopters from the ground by uploading updated mission plans, for example to strike targets of opportunity. It will also be possible to operate fleets of tactical UAVs in swarms. High-altitude platforms, such as Zephyr, will create permanent communication cells of several hundred kilometers in diameter in order to relay aircraft communications via Airbus’ SpaceDataHighway laser links.

NFTS is offered as a modular, end-to-end solution, with the first phase already available. This involves standardizing the use of high-speed satellite connectivity on aircraft from this point onward as the result of a range of antennas which have the capability to switch from one satellite beam to another in-flight. Thus the V/UHF radio links and L16 can be extended via a satellite communication relay from a few hundred kilometers to thousands of kilometers.

Network for the Sky is the foundation for the connected airborne battlespace, with the objective to offer a full operational capability by 2020. The NFTS program is part of Airbus’ Future Air Power project and is fully aligned with the development of the European Future Combat Air System (FCAS).