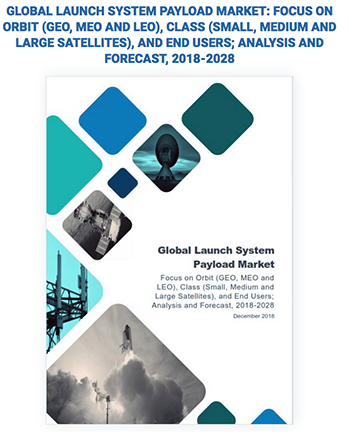 The satellite launch industry is witnessing tremendous growth with many new players entering the market. According to the Federal Aviation Administration (FAA), a US-based regulatory authority for civil aviation, the global launch services were estimated to be around $5.5 billion in 2016 and is expected to grow with the booming space economy.

Satellites play a crucial role in enabling services such as communication, navigation, and environmental monitoring for the commercial, military, and government end users. There is an extensive demand for satellites today as there's an increasing need for faster, reliable, and efficient real-time tracking and monitoring system. Consequently, launch vehicles for satellites are an essential aspect of the global space industry, as they carry and place satellites into their assigned positions on the Earth's orbit.

North America, followed by Asia-Pacific and Europe is expected to dominate the market during the forecast period (2018-2028). The U. S. is the leading country in the global launch system payload market and is expected to maintain its dominance during the forecast period. Asia-Pacific is expected to grow at the highest CAGR, with China dominating the market in this region. India is likely to grow at a much faster rate as compared to the other countries due to the continuous efforts by both the government and private players in India to advance the space sector.

For more information about this report, please visit this direct infolink...