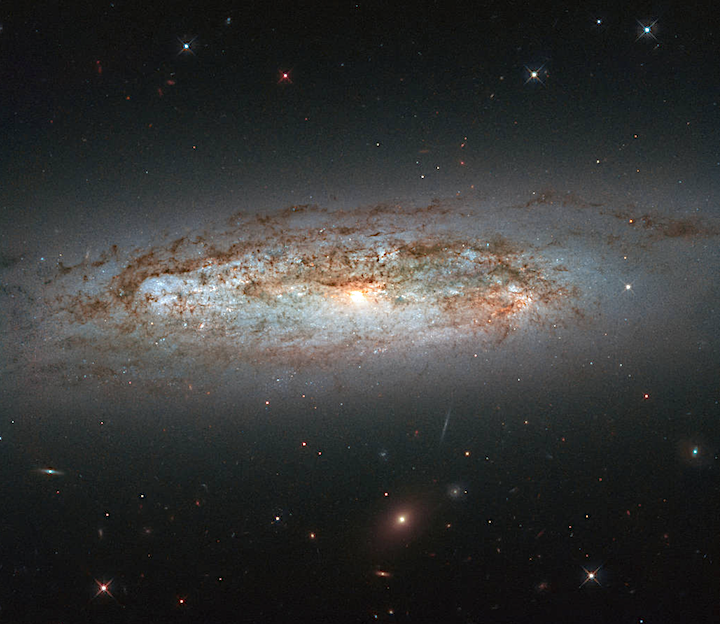 The galaxy can be seen slicing across the frame in this image from the NASA/ESA Hubble Space Telescope, with its mix of bright patches of glowing gas, dark lanes of dust, bright core, and whirling, pinwheeling arms coming together to paint a beautiful celestial scene.

The galaxy is the eponymous member of the NGC 3175 group, which has been called a nearby analog for the Local Group.

The Local Group contains our very own home galaxy, the Milky Way, and around 50 others — a mix of spiral, irregular and dwarf galaxies.

The NGC 3175 group contains a couple of large spiral galaxies — the subject of this image and NGC 3137 — and numerous lower-mass spiral and satellite galaxies. Galaxy groups are some of the most common galactic gatherings in the cosmos, and they comprise 50 or so galaxies all bound together by gravity.