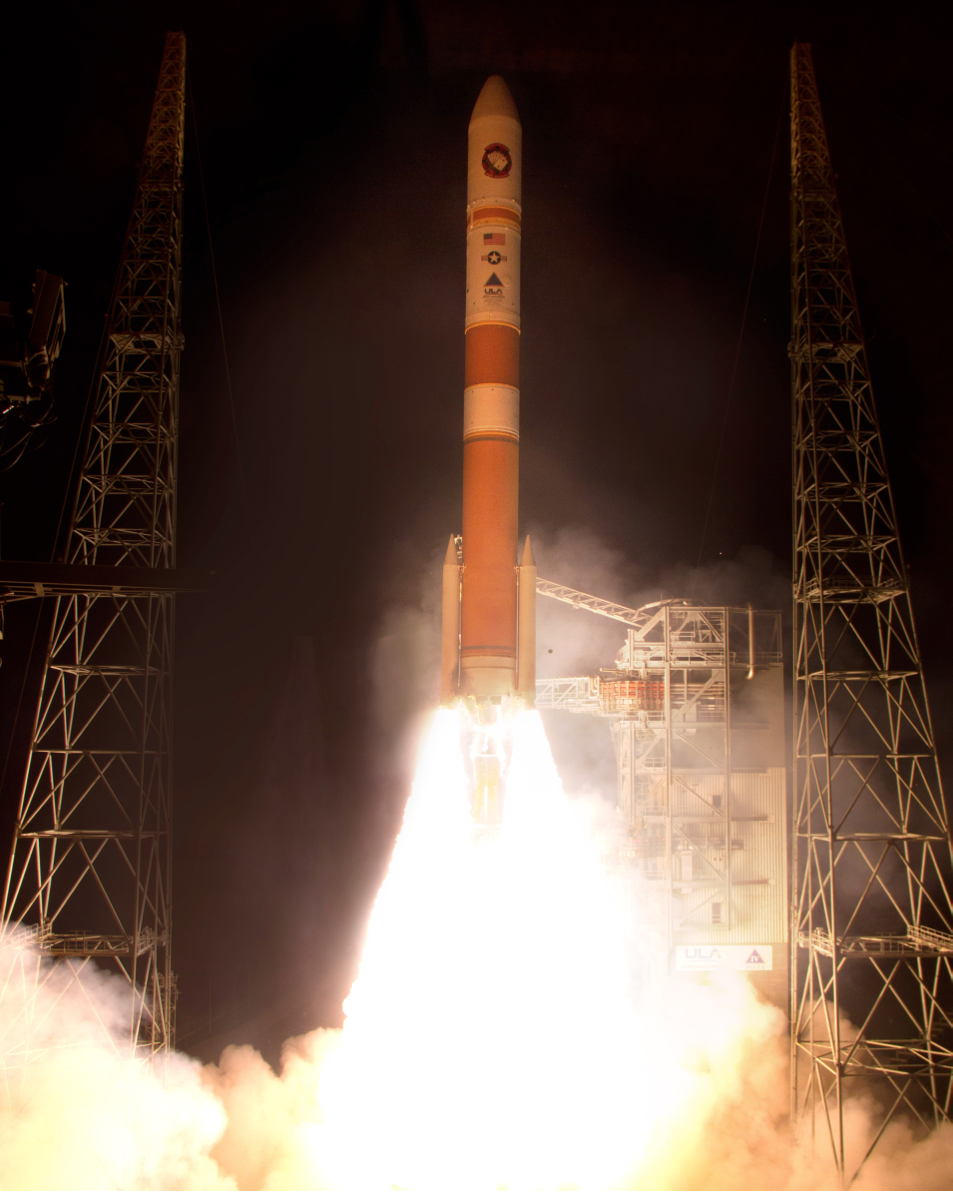 "United Launch Alliance and our many mission partners continue to focus on mission success, one-launch-at-a-time,” said Jim Sponnick, ULA vice president, Mission Operations. “We are honored to work with such a strong industry and government team and deliver another critical communication capability to orbit to support our nation’s warfighters throughout the world.”

This mission was launched aboard a Delta IV Medium-plus configuration vehicle using a single ULA common booster core powered by a Pratt & Whitney Rocketdyne (PWR) RS-68 main engine, along with four ATK GEM 60 solid rocket motors. The five-meter diameter upper stage was powered by a PWR RL10B-2 engine with the satellite encapsulated in a five-meter diameter composite payload fairing. The WGS-5 launch marked the third flight of the Delta IV medium+ (5,4) configuration and the 22nd flight of the Delta IV family of launch vehicles.

This was the first Delta IV launch following the low engine performance that was identified on the successful Global Positioning System (GPS) IIF-3 launch last October.  Although the GPS IIF-3 spacecraft was accurately placed into the required orbit, ULA, Pratt & Whitney Rocketdyne (PWR) and our U.S. Air Force teammates embarked on an investigation to determine why the upper stage engine performance was lower than expected.  Prior to this mission, rigorous hardware inspections along with vehicle and operational design modifications were implemented to prevent a recurrence of the fuel leak in the RL10 engine that was the direct cause of the low engine performance on the GPS IIF-3 launch.

“The team has worked tremendously hard and exceptionally well to complete a robust investigation and get us to a successful launch today,” said Sponnick. “We sincerely thank the PWR team and our customer community for working with us throughout the investigation and flight clearance process, as well as the involvement from senior industry technical advisors.”

Wideband Global SATCOM provides anytime, anywhere communication for the warfighter through broadcast, multicast, and point to point connections. WGS is the only military satellite communications system that can support simultaneous X and Ka band communications.

End of statement from ULA...

Over the next several months, the satellite will undergo orbit-raising activities to reach geosynchronous orbit and on-orbit testing to verify nominal performance and prepare the satellite for operational use. Ultimately, the satellite will be controlled by the U.S. Air Force's 3rd Space Operations Squadron at Schriever Air Force Base Colo. WGS-5 should enter operations by the end of 2013. 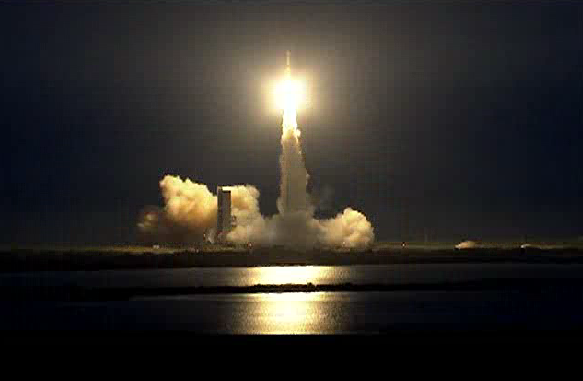 WGS is the DoD's highest-capacity satellite communications system. Each WGS satellite can route 2.1 to 3.6 Gbps of data—providing more than 10 times the communications capacity of the predecessor DSCS III satellite. Using reconfigurable antennas and a digital channelizer, WGS also offers added flexibility to tailor coverage areas and to connect X-band and Ka-band users anywhere within the satellite field of view. The system provides tremendous operational flexibility and delivers the needed capacity, coverage, connectivity and control in support of demanding operational scenarios.

A team led by Boeing Integrated Defense Systems was awarded a contract to develop the WGS system in 2001. The contract was worth $160.3m, and is extendible up to $1.3bn. Under the contract, Boeing's team will supply the satellites, spacecraft, payload control equipment, logistics, training and sustained engineering support. 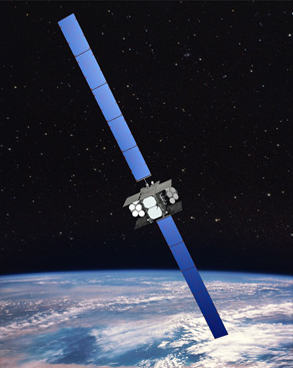 The system provides two-way X-band and Ka-band communications, as well as Ka-band broadcast services to U.S. armed forces and other allied forces worldwide. The X-band satellites transfer data, photos and videos to troops on the battlefield. In January 2011, Boeing conducted ground test for a Ka-band SATCOM antenna system for installation in the spacecraft.