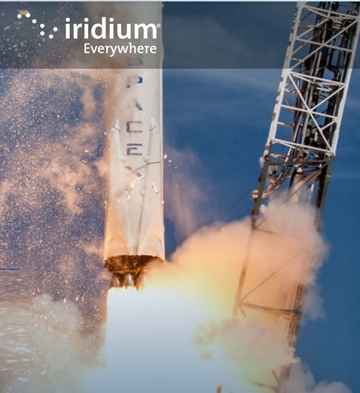 Iridium Communications Inc. (NASDAQ:IRDM) has announced that the Iridium-6/GRACE-FO rideshare mission, the sixth Iridium® NEXT launch overall, has been targeted for launch by SpaceX from Vandenberg Air Force Base (VAFB) in California for May 19, 2018, at approximately 1:03 PM PDT (20:03 UTC). 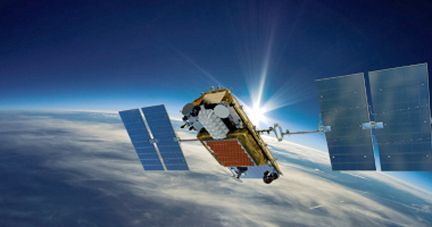 An exact instantaneous launch window time will be available closer to launch. The second of four Iridium launches planned for 2018, this mission will deliver five Iridium NEXT satellites to orbit, alongside the twin satellites for the NASA/German Research Center for Geosciences (GFZ) Gravity Recovery and Climate Experiment Follow-On (GRACE-FO) mission. Collaboratively chosen by all parties and considering range availability, this launch date maintains scheduled completion of the Iridium NEXT manifest in 2018. 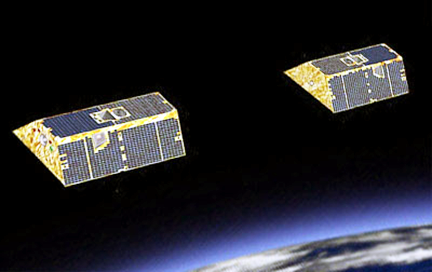 Artistic rendition of GRACE FO.This unique “rideshare” launch will first deploy the twin GRACE-FO spacecraft, after which the Falcon 9 second stage will continue onward to the deployment orbit for the five Iridium NEXT satellites. Upon completion, the Iridium-6/GRACE-FO mission will increase the total number of Iridium NEXT satellites in space to 55, leaving just two launches, of 10 satellites each, remaining. Iridium NEXT satellites are scheduled to begin shipping to the launch site this week while the twin GRACE-FO spacecraft are already onsite at the VAFB Harris Corporation facility, and have been stacked, attached to their dispenser and are preparing for transfer to the SpaceX launch complex.

Iridium NEXT is the company's $3 billion, next-generation, mobile, global satellite network scheduled for completion in 2018. Iridium NEXT will replace the company's existing global constellation in one of the largest technology upgrades ever completed in space. It represents the evolution of critical communications infrastructure that governments and organizations worldwide rely on to drive business, enable connectivity, empower disaster relief efforts and more.