Dragon will deliver more than 4,300 pounds of NASA cargo and science investigations, including a new science facility scheduled to be installed to the outside of the station during a spacewalk this spring. 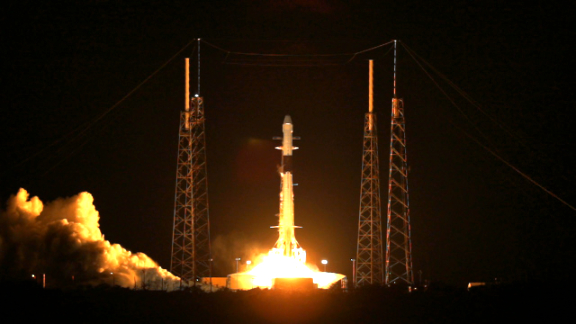 Launch photo is courtesy of NASA.

The spacecraft launched on a Falcon 9 rocket from Space Launch Complex 40 at Cape Canaveral Air Force Station in Florida and is scheduled to arrive at the orbital outpost on Monday, March 9. Coverage of the spacecraft’s approach and arrival at the space station will start at 5:30 a.m. EDT on NASA Television and the agency’s website.

Dragon will join three other spacecraft currently at the station. When it arrives, NASA Flight Engineer Jessica Meir will grapple Dragon, backed up by Andrew Morgan. Coverage of robotic installation to the Earth-facing port of the Harmony module will begin at 8:30 a.m. Dragon is scheduled to remain at the space station until April 9, when the spacecraft will return to Earth with research and cargo.

For more information about the International Space Station, the facility's research and crew, visit via this direct link...