[SatNews] Getting warm out in the confines of space would be something of a positive note, correct? 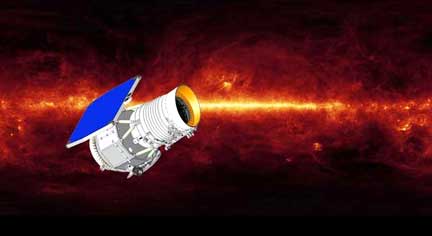 Artist's concept of the Wide-field Infrared Survey Explorer. Image credit: NASA/JPL-Caltech
Not for NASA's Wide-field Infrared Survey Explorer, or WISE, which is warming up. Team members say the spacecraft is running out of the frozen coolant needed to keep its heat-sensitive instrument chilled. The telescope has two coolant tanks that keep the spacecraft's normal operating temperature at 12 Kelvin (minus 438 degrees Fahrenheit). The outer, secondary tank is now depleted, causing the temperature to increase. One of WISE's infrared detectors, the longest-wavelength band most sensitive to heat, stopped producing useful data once the telescope warmed to 31 Kelvin (minus 404 degrees Fahrenheit). The primary tank still has a healthy supply of coolant, and data quality from the remaining infrared detectors remains high.

WISE completed its primary mission, a full scan of the entire sky in infrared light, on July 17, 2010. The mission has taken more than 1.5 million snapshots so far, uncovering hundreds of millions of objects, including asteroids, stars and galaxies. It has discovered more than 29,000 new asteroids to date, more than 100 near-Earth objects and 15 comets. WISE is continuing a second survey of about one-half the sky as originally planned. It’s possible the remaining coolant will run out before that scan is finished. Scientists say the second scan will help identify new and nearby objects, as well as those that have changed in brightness. It could also help to confirm oddball objects picked up in the first scan.