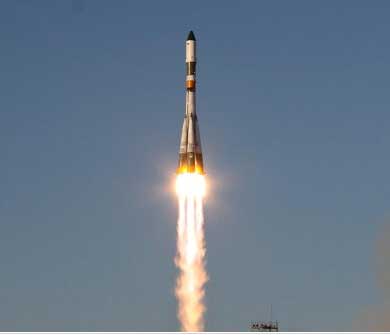 A Russian Soyuz rocket was successfully launched Thursday that performs as a photo surveillance satellite designed to collect intelligence on strategic sites around the world for defense purposes.

The Soyuz-U launcher lifted off from the Plesetsk Cosmodrome in northern Russia at 1405 GMT (10:05 a.m. EDT), 6:05 p.m. Moscow time. The Plesetsk launch site is a military-run facility in Arkhangelsk oblast. The payload will be named Kosmos 2472 in the Russian military's nomenclature for defense spacecraft.

And duly noted is the fact that Russia's Novosti news agency, Thursday's mission marked the last flight of a Soyuz-U rocket from Plesetsk, known for their launches of satellites headed for polar orbits.

The rocket flew north from Plesetsk to reach a high-inclination orbit carrying its payload over the poles, an orbit in which the satellite will observe nearly all of the planet.

It is believed that the cargo is a Kobalt M reconnaissance satellite carrying an optical camera to snap photos of military installations, troop movements and other sites of interest around the world.

Kobalt satellites orbit between 150 miles and 300 miles above Earth. High-resolution cameras on Kobalt satellites capture images of locations around the world. Kobalt spacecraft reportedly carry canisters to return film to Earth during the satellite's mission, which will last at least several months.

Thursday's Soyuz launch was the first of three space missions due to blast off in a span of about five hours. A Japanese H-2A rocket was in the final countdown at the time of the Soyuz launch. It will deliver four satellites into orbit, including a research craft to probe the link between water and climate change.

A commercial International Launch Services Proton booster was on the launch pad at the Baikonur Cosmodrome in Kazakhstan with the Nimiq 6 telecommunications satellite to serve Telesat, an operator based in Ottawa, Canada.