Inmarsat's Tribute To A Real Hero With The First H.E.R.O. Award 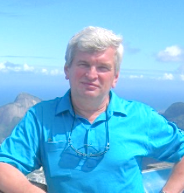 Vladimir Maksimov Award is the namesake of Inmarsat's former Director of SOLAS Services.

Inmarsat has decided to turn the untimely passing of a hero of the company into a positive and memorable event with the first International Maritime Rescue Federation (IMRF) H.E.R.O. Award for outstanding service to maritime search and rescue. The Vladimir Maksimov Award is the namesake of Inmarsat's Director of SOLAS Services, who died on May 4th, 2016 after a short illness, following 25 years with Inmarsat. Mr Maksimov played a central role in the Inmarsat safety team.

The H.E.R.O. (Honoring Excellence in Rescue Operations) Awards, launched by the IMRF in April this year, have been developed to draw attention to the extraordinary work done to save lives in maritime Search and Rescue (SAR) across the world. Their aim is to recognize and show gratitude for courage and exceptional performance, both by individuals and organizations, and progress IMRF’s mission to improve global maritime SAR and prevent loss of life. Winners will be announced at a special ceremony in Portugal on Tuesday, November 15 and streamed globally.

“These Awards recognize individuals for courageous rescue missions, but they also celebrate the vital work done by those responsible for the support networks and organizations which enable such missions,” said Peter Broadhurst, Senior Vice President for Safety and Security, Inmarsat Maritime. “Inmarsat is especially proud to sponsor the IMRF H.E.R.O. Award to commemorate the exceptional contribution made by Vladimir Maksimov to the safety of life at sea.”

An Engineering Graduate in Radio Communications and Navigation from Admiral Makarov State Maritime Academy (AMSMA), and a Chief Radio Officer with Baltic Shipping Company for nine years, Mr Maksimov joined Inmarsat in 1990. He became Manager of Maritime Safety Operations in 2000 and he was later promoted to Director of SOLAS Services. Mr Maksimov was a champion of Inmarsat’s Maritime Safety Services and was at the heart of both the technical innovation and regulations enhancing safety until his untimely death.

“Vladimir was committed to seafarers getting the help they needed as fast as possible in times of trouble and his contribution in developing the network supporting Global Maritime Distress Safety System is incalculable,” said Broadhurst. “As Inmarsat moves towards the launch of ‘SAFETYNET II’ later in the year to enhance GMDSS, it is a real tragedy that he will not be with us to see the fruits of all of his hard work.”

Frances Baskerville, Secretary-General of Comité International Radio-Maritime (CIRM) described Mr Maksimov as “a great friend to many of us,” who “offered true expertise at meetings” plus a “straightforward and practical approach.” An International Hydrographic Organization World Wide Navigation Warning Service tribute said “his contribution throughout the establishment and expansion of the World-Wide Navigation Warning Service and the provision of Maritime Safety Information to the maritime community is unlikely to be equalled.”