Kleos Space S.A. (ASX: KSS, Frankfurt: KS1) has announced that the Brazilian Government agency Agência Nacional do Petróleo, Gás Natural e Biocombustíveis – ANP will be evaluating Kleos data at no cost for three months, starting at the time the relevant data set is made available, after which the cost for continuation is subject to final license negotiation (Pre-Order).

The need for an integrated Earth Observation (EO) system to monitor both the continental and offshore activities of the oil & gas industry is also what brought Mr Pedroso to ANP where he is tasked with the deployment of the MultiSAR project. This is an initiative of the Brazilian Government’s Ministry of Mining & Energy. 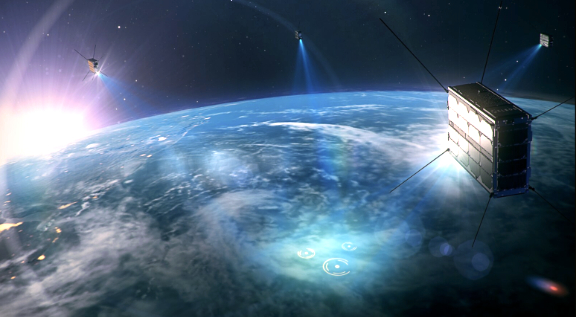 Artistic rendition of the Kleos Space Scouting Mission on-orbit. Image is courtesy of the company.

The Ministry is tasked with the set-up of facilities to receive and process large quantities of SAR imagery supplied by the worlds' main providers of such data in order to handle multiple applications for the benefit of the oil & gas industry. This is also a reason why ANP is particularly interested in evaluating the data from Kleos as part of their post-launch beta testing operations.

Where the cost of not having such an integrated monitoring system became very clear in recent weeks considering the enormous efforts that had to be made by the government at a very high cost to try to find the culprits of the recent pollution and this demonstrates the relevance for a major Oil & Gas producer such as Brazil to make this kind of investment.

Mr. Enrico Pedroso of the ANP, who has 25 years of industry experience and is the Professor of Applied Remote Sensing at the Geology Faculty of Rio State University UERJ, spoke to the need for ANP to access Geolocated RF Data from Kleos Space and noted that what is needed is a variety of Earth Observation (EO) datasets, such as optical and SAR imagery, AIS data, meteorological and oceanographic data, etc., operating in an integrated manner, which is where the kind of data Kleos will soon be delivering will be useful to identify potentially illegal shipping activities and pin-point locations which should be investigated with the other earth observation data sets available. The fact that Brazil does not have an active high-performance EO system to monitor the ocean has played a major factor in preventing the government from finding the culprit(s) who cause pollution.
He continued, adding that the ANPs' Superintendence for Operational Security and Environment (SSM), is responsible for the monitoring of the environment in Brazil, especially as far as accidents and pollution are concerned. Recently, there was a very serious incident off the North Atlantic coast of Brazil when major quantities of oil where found in the ocean and along the beautiful beaches of North Eastern Brazil, most likely spilled by a single, polluting ship. During recent weeks, and as part of the Brazilian Contingency Planning activities, ANP participated with the Brazilian Navy and IBAMA (the Fauna & Flora protection agency of the Ministry of the Environment) in the search of the culprit(s).
The information from radio frequency activity on board ships navigating in Brazilian waters from Kleos Space would have been very useful had it been available at the time of the North-eastern Brazil events because it is very likely that the ship(s) that caused the pollution knew what they were doing and were therefore very careful to avoid scrutiny by switching off their AIS transmitters. Kleos' data would cause the Government’s monitoring system to be much more efficient.

Speaking about the Pre-Order by a Brazilian Government agency, Kleos CEO, Andy Bowyer, said that this is Kleos first entrance into a South American Government agency. Kleos data will be instrumental in the fight against environmental crimes, explicitly demonstrating the case for Kleos data. The company's satellites are now on site in India ready for the final stages of launcher integration and Kleos Space looks forward to working with global customers soon on their very real on-going challenges.