According to Euroconsult’s latest report, "Prospects for Space Exploration," global government investment in space exploration totaled $14.6 billion in 2017, a 6 percent increase compared to 2016. 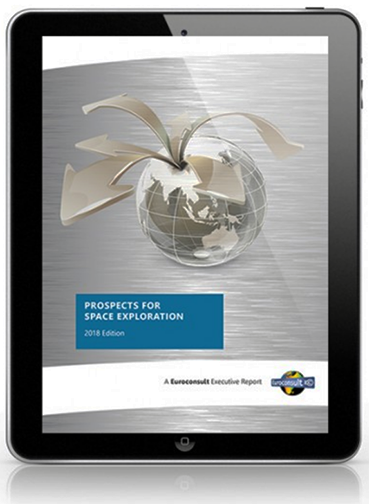 Fifteen leading space programs worldwide are estimated to contribute to this global investment, with the U.S. accounting for 74 percent of the total. Global expenditures have grown in the past five years driven by programs in leading countries and new countries investing in space exploration. In a still constrained budgetary environment, global space budgets for space exploration are expected to grow to over $20 billion by 2027.

"Future funding for space exploration is expected to grow to support the ambitious plans of the next decade. Nonetheless, national investments will remain constrained by their public finance environments that should dictate realistic and pragmatic investment strategies," said Natalia Larrea Brito, Senior Consultant at Euroconsult and editor of the report. "Space exploration is attracting not only the interest of an increasing number of governments but also the private sector; start-ups to large companies seek to exploit the commercial potential of exploration activities. Space agencies are increasingly seeking to leverage partnerships with the private sector to achieve their goals more cost-effectively while fostering sustainable space exploration."

Key findings of the report include:

• At $7.7 billion in 2017, transportation is the largest expenditure area; it is forecasted to reach nearly $9 billion in 2027 supported by significant investments from multiple countries and particularly in the U.S. and China to support the development of next generation crew and/or cargo vehicles for LEO and beyond-LEO activities.

• Orbital Infrastructure is the second-largest application with $3.5 billion in 2017, an investment which has been stable over the past five years. Funding should continue to grow, driven by investments in the ISS program and increasing funding for the development of the Lunar Orbital Platform-Gateway by ISS partners as well as China’s investment in its space station.

• Moon exploration, which has received modest investment in the past five years, should experience sustained growth, reaching $2.8 billion by 2027 to support ambitious government missions and commercial partnership programs as Moon exploration becomes a central item in the exploration strategy of most agencies moving forward.

• Mars exploration budgets grew to $1.5 billion in 2017; investment is expected to peak in 2018 as four missions are set for launch in 2020. After a cyclical downturn, new investment cycles to support planned missions might increase funding again to reach $1.3 billion in 2027.

• Other deep space exploration programs reached $1.4 billion in 2017; global funding should reach $1.8 billion by 2021 to support the development of multiple planned missions in the middle and end of the decade.

Over the past ten years, 19 planetary exploration missions were launched by six countries/agencies (the U.S., ESA, Russia, Japan, China, and India). Over the next decade nearly 80 missions are expected to be launched, of which 63 percent will correspond to government missions.