The Harris HSAT Smallsat Orbiting and Communicating in Good Order 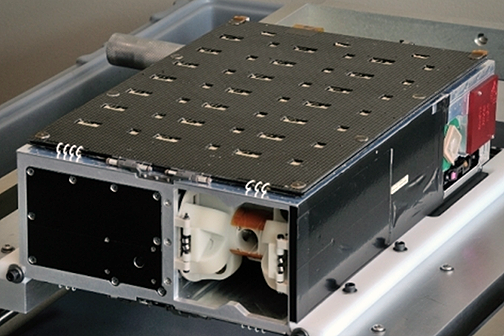 Harris Satellite (HSAT) is a briefcase-size 6U smallsat that provides an affordable solution for defense and commercial customers with high-speed satellite communications requirements. Designed to fly in LEO, the satellite features a persistent, resilient mission architecture that can be reconfigured after launch, reducing risk for customers.

Bill Gattle, president, Harris Space and Intelligence System, stated that HSAT’s successful launch and initial testing showcases the company's ability to design, build and operate a small, lightweight satellite that can be affordably launched as a ‘rideshare’ with other satellites on the same rocket. The satellite can then be reconfigured in space — enabling customers to upgrade or reprogram the application on orbit.