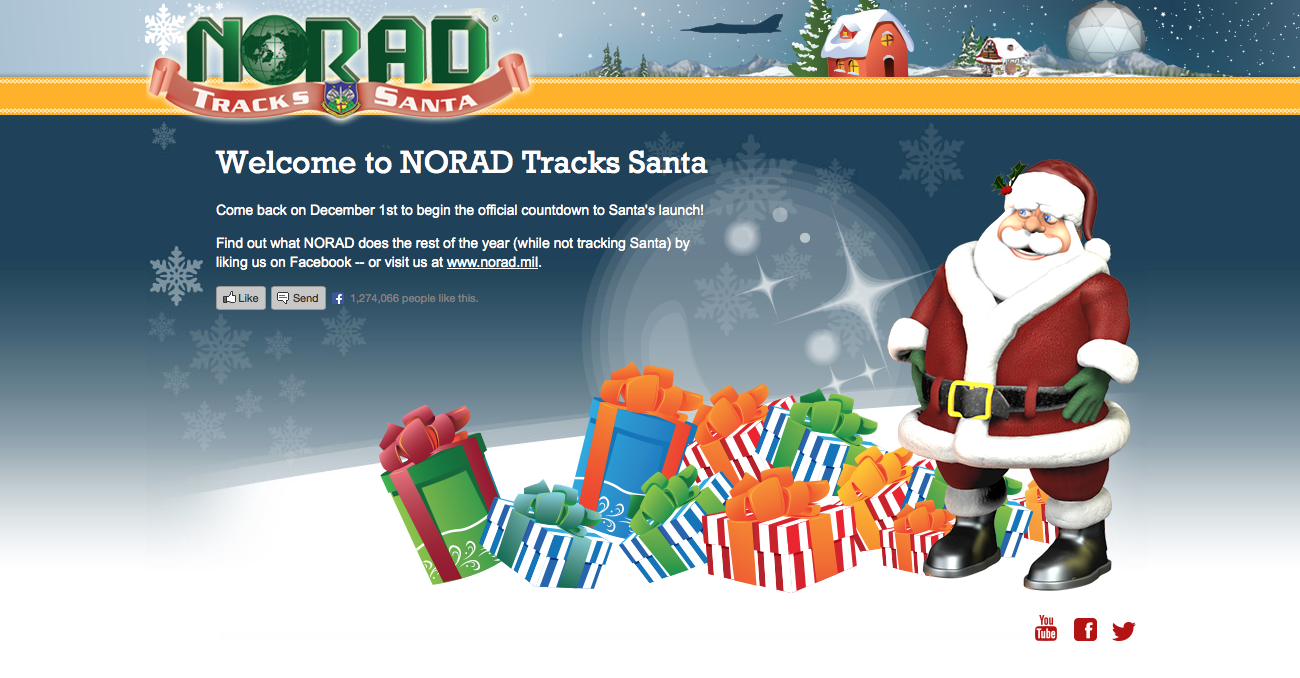 [SatNews] The sight is set up for the kids, but who really ends up looking at the famous jolly Santa traveling in space?

The official NORAD Tracks Santa app is also available in the Windows, Apple and Android stores, so parents and children can count down the days until Santa's launch on their smart phones and tablets!  Tracking opportunities are also offered on Facebook, Twitter, YouTube, and Google+.  Santa followers just need to type "@noradsanta" into each social media property to get started.
Starting at 12:01 a.m. MST on Dec. 24, website visitors can watch Santa make preparations for his flight through the Bing maps and Cesium technology to track Santa with NORAD in 2D and 3D.  Then, at 4 a.m. MST (6 a.m. EST), trackers worldwide can speak with a live phone operator to inquire as to Santa's whereabouts by dialing the toll-free number 1-877-Hi-NORAD (1-877-446-6723) or by sending an email to noradtrackssanta@outlook.com.

OnStar subscribers can press the OnStar button in their vehicles to find Santa's location any time on Dec. 24. NORAD's "Santa Cams" will stream videos on the website as Santa makes his way over various locations. NORAD Tracks Santa is truly a global experience, delighting generations of families everywhere.  This is due, in large part, to the efforts and services of numerous program contributors.

It all started in 1955 when a local media advertisement directed children to call Santa direct – only the number was misprinted.  Instead of reaching Santa, the phone rang through to the Crew Commander on duty at the Continental Air Defense Command Operations Center.  Thus began the tradition which NORAD carried on since it was created in 1958.