[SatNews] In July, broadcasters completed their obligation to transition all public and political advertising documents from paper form to PDF documents that can be viewed online.

The Federal Communications Commission asked whether it should extend its broadcast advertising requirements to cable, satellite and radio operators, in an August 8 notice. 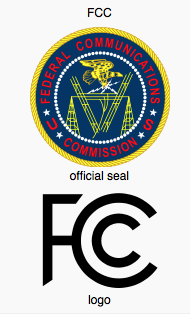 The commission said it will seek comment on a petition filed by transparency groups to require multichannel video programming distributors (MVPDs) to disclose information on the FCC website about the money they receive from campaign and issue advertising.

The FCC has required broadcast stations to store political advertising information for decades. Congress expanded the FCC broadcast disclosure requirements in 2002 with the passage of the Bipartisan Campaign Reform Act.

In July, broadcasters completed their obligation to transition all public and political advertising documents from paper form to PDF documents that can be viewed online.

The FCC, which oversaw the transition to online filings, limited its requirements to broadcast stations rather than radio, cable and or other video operators.

The groups who filed the petition to consider expanding the FCC political file rules said the idea “should be a no brainer,” according to a news release.

“Hundreds of millions of dollars are spent on political ads every election cycle seeking to influence cable and satellite viewers and radio listeners, and the stations already maintain these files,” the Campaign Legal Center, Common Cause and the Sunlight Foundation said in the news release. “Making them available online is not a hardship, especially in light of the economic windfall the stations gain from airing the ads.”

“We are hopeful that this extension to other forms of television will not be a heavy lift, so the FCC can then turn to getting the uploaded information into a user-friendly database to replace the clumsy PDFs the stations now use," the groups said.

The National Cable and Telecommunications Association declined to comment.

Parties may file their comments with the commission on or before August 28 and submit reply comments on or before September 8, the FCC said.