By 2025, RPA Market Expected To Reach $26 Billion, According To Euroconsult

The civil and commercial RPAS market is at an early development stage compare to the military and leisure sectors. Recent improvements in the regulatory context in a number of countries and technological advances have led to an increase in the number of applications using RPAS for commercial purposes, with new applications set to develop in the coming years. Their combination has led a number of companies to enter the market in search of new opportunities in a sector with strong growth potential and a large addressable market. 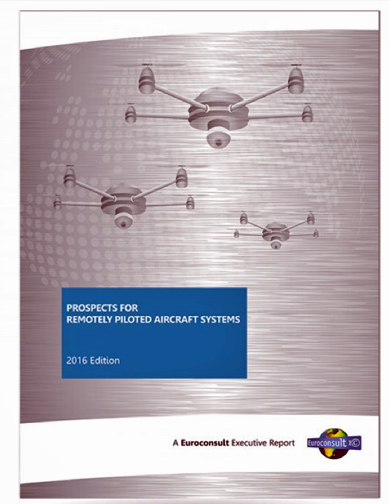 Agriculture was estimated to be the largest user of RPAS in 2015, accounting for 39% of units used, ahead of video & cinema and engineering and transportation infrastructure. Leading regions for the use of UAVs include Asia Pacific, Europe and North America; the commercial RPAS market is still early in the development phase in other regional markets. Japan has the most mature RPAS market, having begun use in agriculture more than 20 years ago. Other leading commercial RPAS countries include Australia, Canada, France, the U.K. and the U.S.

The large number of players present and the market's current limited size make for a challenging environment. Many stakeholders have to deal with small levels of activity, particularly on the service provision side. A large number of operators, data analysts and software companies are small (<$1 million in revenues) and not yet profitable. Manufacturing is dominated by companies producing micro drones, used for both leisure and commercial applications; DJI is the market leader.

"The current size of the market is pushing a growing number of companies to make themselves present at various levels of the value chain and provide services targeting multiple markets and applications to increase their audience," said Dimitri Buchs, Senior Consultant at Euroconsult and editor of the report. "It has become increasingly common to see companies focusing on both manufacturing and provision of services. Given the current market environment, a number of consolidation processes and failures are expected in the coming years, with leading players expected to emerge at various levels of the value chain."

Services should account for 88 percent of the market size in 2025, with manufacturing revenues reaching more than $3 billion. Advanced economies should be the largest RPAS markets, with North America and Europe combining for about two-thirds of the market value in 2025. The market will be driven by the larger number of RPAS in service, with more than 560,000 units added over the next ten years to the current total of 30,000 units; this growth will largely depend on changes in regulatory frameworks.

Agriculture should be the largest user of RPAS in 2025 with almost 300,000 units in service. Several applications, including delivery services, could continue to see their development hampered by regulations; this should hold true particularly for applications requiring airspace in urban areas. Growth in days of use also should contribute to the market's takeoff; RPAS are expected to be used for over 23 million days in 2025 up from 690,000 in 2015, representing a average of 40 days per RPAS (compared to 24 in 2015). The improved performance of RPAS (e.g., endurance related to the cost) should favor growth in use, helping RPAS become increasingly competitive versus other technologies.