[SatNews] The lure of business in Southwest Asia is a good and solid reason to increase product delivery via gained capacity via satellites whose beam offer coverage of this area of the world. 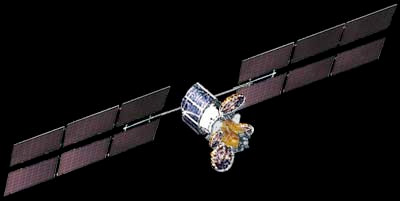 SESAT-2 satellite, artistic rendition
Tachyon Networks, developer of the aXiom series of end-to-end remote networking solutions for fixed, portable and Comms-On-The-Move (COTM) applications, and Eutelsat America Corp., the American subsidiary of Eutelsat Communications (Euronext Paris: ETL), one of the world’s leading satellite operators, have announced that Tachyon is expanding its broadband capacity over Southwest Asia with a capacity lease on Eutelsat’s SESAT 2 satellite.

The 54MHz of Ku-band capacity has been deployed to meet high demand for satellite services in the Afghanistan-Pakistan region. Additionally, Tachyon’s global network enables reachback from Southwest Asia to the United States and locations worldwide, and is especially tailored to airborne and mobile COTM applications. Dan Negroni, VP of Sales and Marketing for Tachyon Networks, said, “Demand for aXiom 7000 Series end-to-end solutions for air, land and sea has continued to grow, and this partnership with Eutelsat America allows us to better serve our military and enterprise customers for Managed Solutions or other capacity needs in Southwest Asia.” 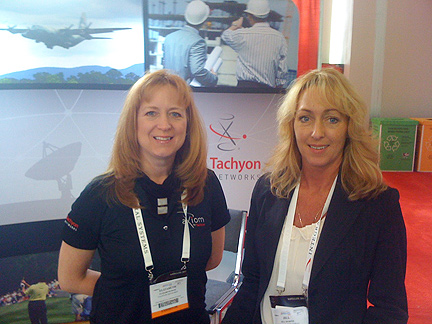 Tachyon’s 24/7 Network Operations Center (NOC) manages and monitors a wide range of network activity, settings and conditions and provides an integrated set of tools for airborne networking. Tachyon provides customers with a high level of visibility into their network including real time and historical network health and monitoring statistics as well as traffic usage data. Capacity is available as of this writing to customers as a stand-alone service or as a part of Tachyon’s aXiom 7000 series end-to-end network solutions. aXiom solutions will be on display at Satellite 2011, March 15 through 17, at the Walter E. Washington Convention Center in Washington D.C. in booth 280.