According to Euroconsult's latest report, Satellite Communications & Broadcasting in Latin America, total satellite capacity usage increased at an 8 percent CAGR over 2009-2014, driven by growing requirements for satellite pay-TV (+1,600 channels), VSAT services (+50,000 VSATs), trunking and backhaul. Euroconsult projects total capacity leased to grow at a 10 percent CAGR over the next decade, translating to a total of over 330 Gbps of traffic flowing over satellite by 2024. 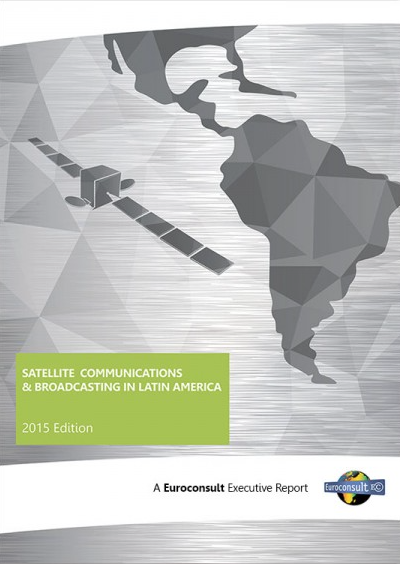 Following strong growth in demand, operators have invested heavily in expansion satellites causing total regular capacity supply in Latin America to double by 2017 (from 2010 levels), while HTS capacity will increase eight-fold to over 370 Gbps by 2017.

"As supply additions are projected to outpace growth in demand, the average regular capacity fill rate should decrease from 80 percent in 2014 to 70 percent in 2017," said Nathan de Ruiter, Senior Consultant at Euroconsult and editor of the report. "The trend of falling fill rates is most profound in Ku-band, where utilization levels are dropping from 86 percent in 2010 to an expected 64 percent by 2017, causing serious concerns for oversupply." The risk of a temporary situation of oversupply is anticipated to place strong downward pressure on Ku-band capacity prices in the next three years.

Several fundamentals are supporting a strong increase in the future use of satellite communication services:

Although demand is relatively equally distributed across the three sub-regions (Central America, Mexico, Caribbean; Brazil; Rest of South America), the two largest countries, Mexico and Brazil, are projected to represent more than half of total capacity demand by 2024. In the short to medium term, market growth will be hampered by the economic slowdown that should limit the progress of the middle class and may potentially cause instability or delays to government programs and funding. Furthermore, the analog switch-off process will somewhat temper the capacity additions from 2018 until 2022.