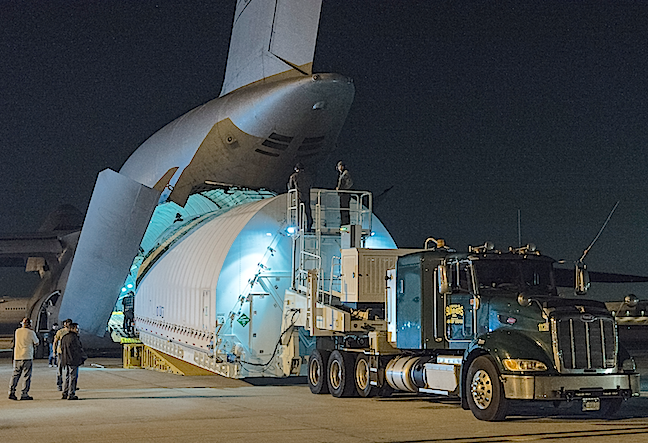 Two halves when put together equal a whole ... in this case a whole huge telescope ... NASA’s James Webb Space Telescope.

After some very careful transportation the two parts now reside at Northrop Grumman Aerospace Systems in Redondo Beach, California, where they will come together to form the complete observatory.

Eric Smith, director of the James Webb Space Telescope Program at NASA said that this is a major milestone. The Webb observatory, which is the work of thousands of scientists and engineers across the globe, will be carefully tested to ensure it is ready to launch and enable scientists to seek the first luminous objects in the universe and search for signs of habitable planets.

In preparation for leaving Johnson, OTIS was placed inside a specially designed shipping container called the Space Telescope Transporter for Air, Road and Sea (STTARS). The container then was loaded onto a U.S. military C-5 Charlie aircraft at Ellington Field Joint Reserve Base, just outside of Johnson. From there, OTIS took a flight to Los Angeles International Airport. After arrival, OTIS was driven from the airport to Northrop Grumman’s Space Park facility.

Scott Willoughby, vice president and program manager for Webb at Northrop Grumman said that it’s exciting to have both halves of the Webb observatory — OTIS and the integrated spacecraft element —  at their campus. The team will begin the final stages of integration of the world’s largest space telescope. 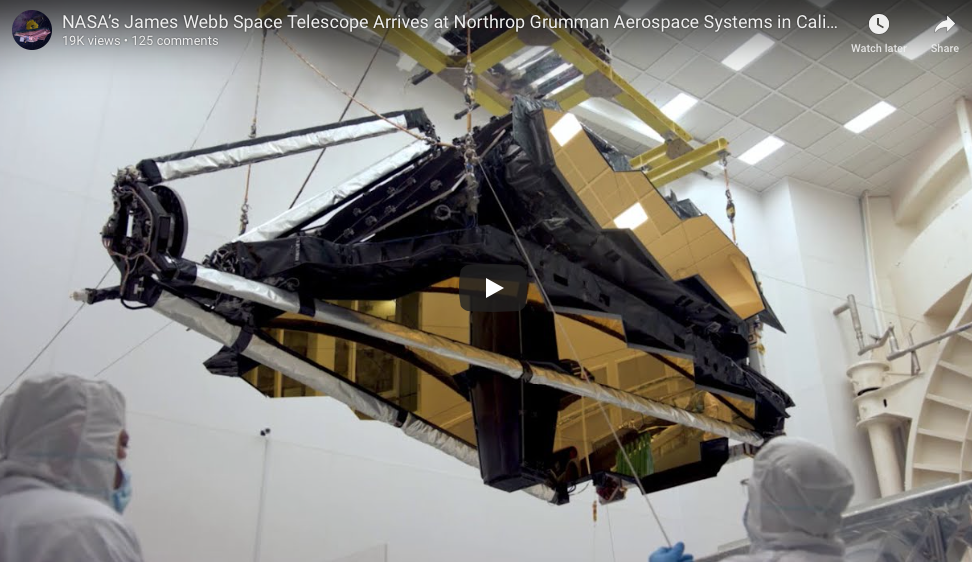 During this summer, OTIS will combined with the spacecraft element to form the complete Webb observatory. Once the telescope is fully integrated, the entire observatory will undergo more tests during what is called observatory-level testing. Webb is scheduled to launch from Kourou, French Guiana, in 2019.

The James Webb Space Telescope will be the world’s premier infrared space observatory of the next decade. Webb will help humanity solve the mysteries of the solar system, look beyond to distant worlds around other stars, and probe the mysterious structures and origins of the universe and humanity's place in it. Webb is an international program led by NASA with its partners, ESA (European Space Agency) and the Canadian Space Agency.