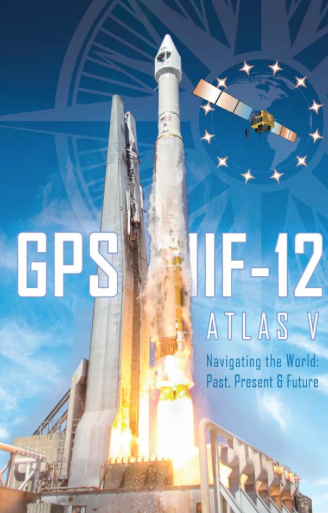 "Today's launch is a significant achievement in the history of GPS, as we launch the last of the GPS IIF satellites to be delivered on-orbit," said Lt. Gen. Samuel Greaves, Space and Missile Systems Center commander and Air Force program executive officer for space.

"This milestone is the result of the remarkable relationship between SMC, our operators within the 14th Air Force and our ULA/Boeing industry partners. Their continued tenacity and dedication to mission success ensures we continue to maintain a robust satellite constellation with modernized, more resilient GPS capabilities," said Greaves. "A job ‘Well Done!’”

According to Greaves, this mission demonstrates the Air Force's continued intent to deliver pre-eminent space-based positioning, navigation and timing service to users around the globe.

GPS IIF is critical to US national security and to sustainment of the GPS constellation for civil, commercial, and military users.  GPS IIF satellites play an integral part in the modernization efforts vigorously being pursued across space, ground and user equipment to provide stronger signals and improved resiliency in the GPS constellation.

GPS is the United States Department of Defense's largest satellite constellation with 31-operational satellites on orbit.