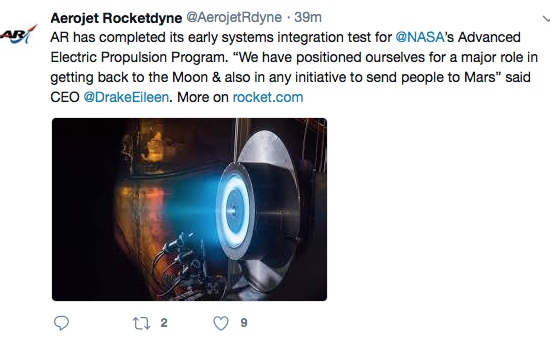 Aerojet is again in the news, this time to share their success after demonstrating the Advanced Electric Propulsion System (AEPS) for future space exploration. These critical tests will ensure that NASA will be able to go on deep space missions.

This most recent NASA test focused on the power elements of the AEPS Hall thruster string: the discharge supply unit (DSU) and the power processing unit (PPU). The test proved the system’s ability to successfully convert power at a high efficiency level, producing minimal waste heat. The early integrated systems test combined a breadboard AEPS PPU and a DSU with a NASA development thruster and tested them in a thermal vacuum chamber at NASA’s Glenn Research Center in Cleveland, Ohio. 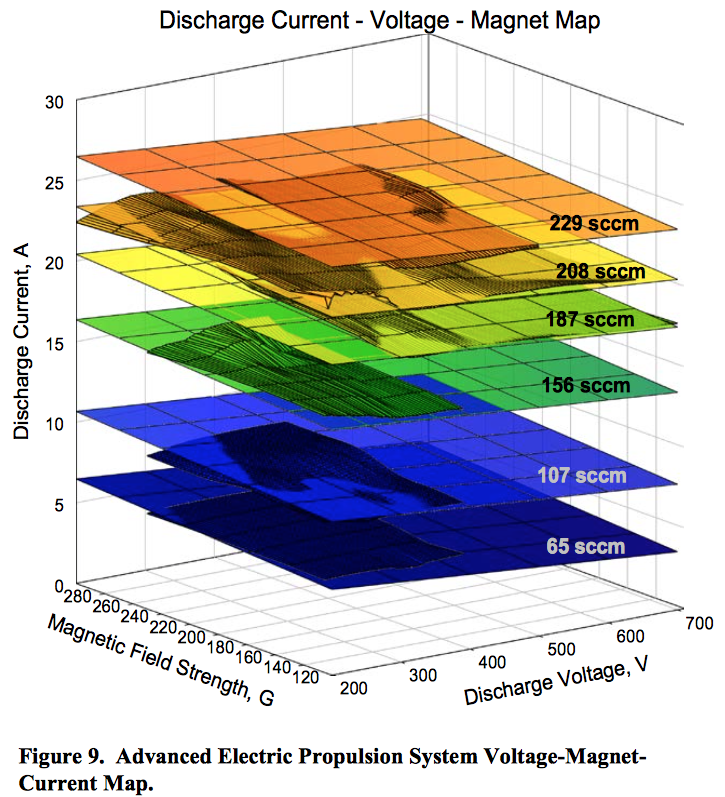 With the early systems integration test in the books, the team will move into the design finalization and verification phase leading up to the critical design review (CDR), in which the design will be finalized and cleared for production.

“By staying on the cutting edge of propulsion technology, we have positioned ourselves for a major role not only in getting back to the Moon, but also in any future initiative to send people to Mars,” said Eileen Drake, Aerojet Rocketdyne CEO and president. “AEPS is the vanguard for the next generation of deep space exploration and we’re thrilled to be at the mast.”

Drakes continued that their AEPS discharge supply unit performed exceptionally, yielding significant conversion efficiency improvements important for future demanding missions. These results are a testament to the Aerojet Rocketdyne team’s focus and dedication to advancing the state-of-the-art in this critical in-space technology area.