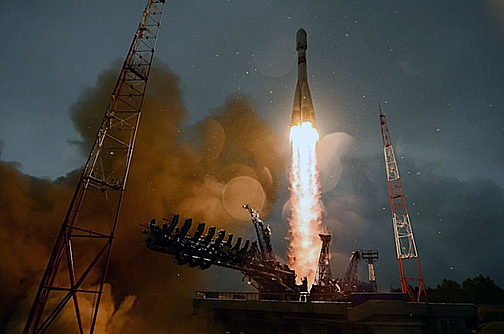 File photo of a Soyuz rocket launch. Photo is courtesy of Roscosmos.

A mysterious Russian payload, military in aspect, is now circling the globe, courtesy of a modified Soyuz carrier rocket (Soyuz 2-1v) that lifted off on Monday, November 25, from the Plesetsk space center.

Now on-orbit, the "item" is alleged to be packed with optical ISR components and what is termed an "inspection" device, all bundled together to audit spacecraft flying across the Earth. Imaging is the name of the game, and Russia's new "device" (which could become known as the Kosmos 2542) will, according to that nation's military spokespersons, probe and image spacecraft on-orbit. Unknown, as of this writing, if there are any ASAT capabilities assigned to the satellite.

For Russia, this was the nation's 20th Soyuz flight and the sixth for the Soyuz 2-1v rocket.