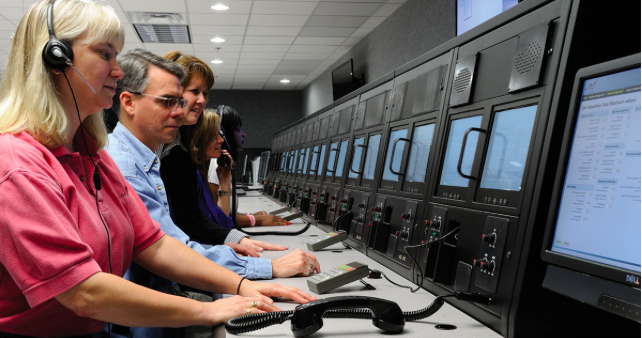 Harris will provide NATS with its cloud-based Voice Communications System for the 21st Century (VCS21). The VCS21™ system modernizes ATM programs by delivering net-centric voice communications that reduce dependency on traditional point-to-point communications, while supporting an efficient transition to IP-based communications. It will be installed at three facilities in the UK, and will include more than 600 controller working positions that can access up to 2,000 radios across NATS control operations.

“This upgrade to our voice communications system is part of a wider piece of work that will see us transform how we manage air traffic in the UK over the next five years,” said Martin Rolfe, NATS Chief Executive Officer. “It’s a hugely ambitious programme that will offer major benefits for our airline and airport customers. As such we need trusted partners like Harris with a proven track record of delivery and we’re delighted to be working with them on such an integral project.”

"We were impressed by Harris because of their reputation for performance and capability coupled with their ability to work collaboratively alongside the rest of our supply chain," added Tim Bullock, NATS Supply Chain Director.

The VCS21 system will be part of the Single European Sky ATM Research (SESAR) project, a collaborative initiative to modernize European airspace and air traffic control. NATS plans to invest nearly $1 billion in new technologies over the next five years to enable SESAR and other future concepts. VCS21 is a major step in this program – providing important networked voice capabilities that are more resilient, more cost effective and will enable dynamic rerouting of established flight sectors, more reliable contingency planning, and improved asset sharing that facilitates both flexible airspace use and future facility planning.

"With this award, the Harris VCS21 system is now supporting two of the world’s premier ANSPs – NATS and the FAA – that are at the forefront of modernizing ATM worldwide,” said Ed Sayadian, president, Harris Mission Networks. “VCS21 will be a key enabler of modernization and growth, offering features that support future air traffic operations and an architecture that ensures higher system reliability and availability.”