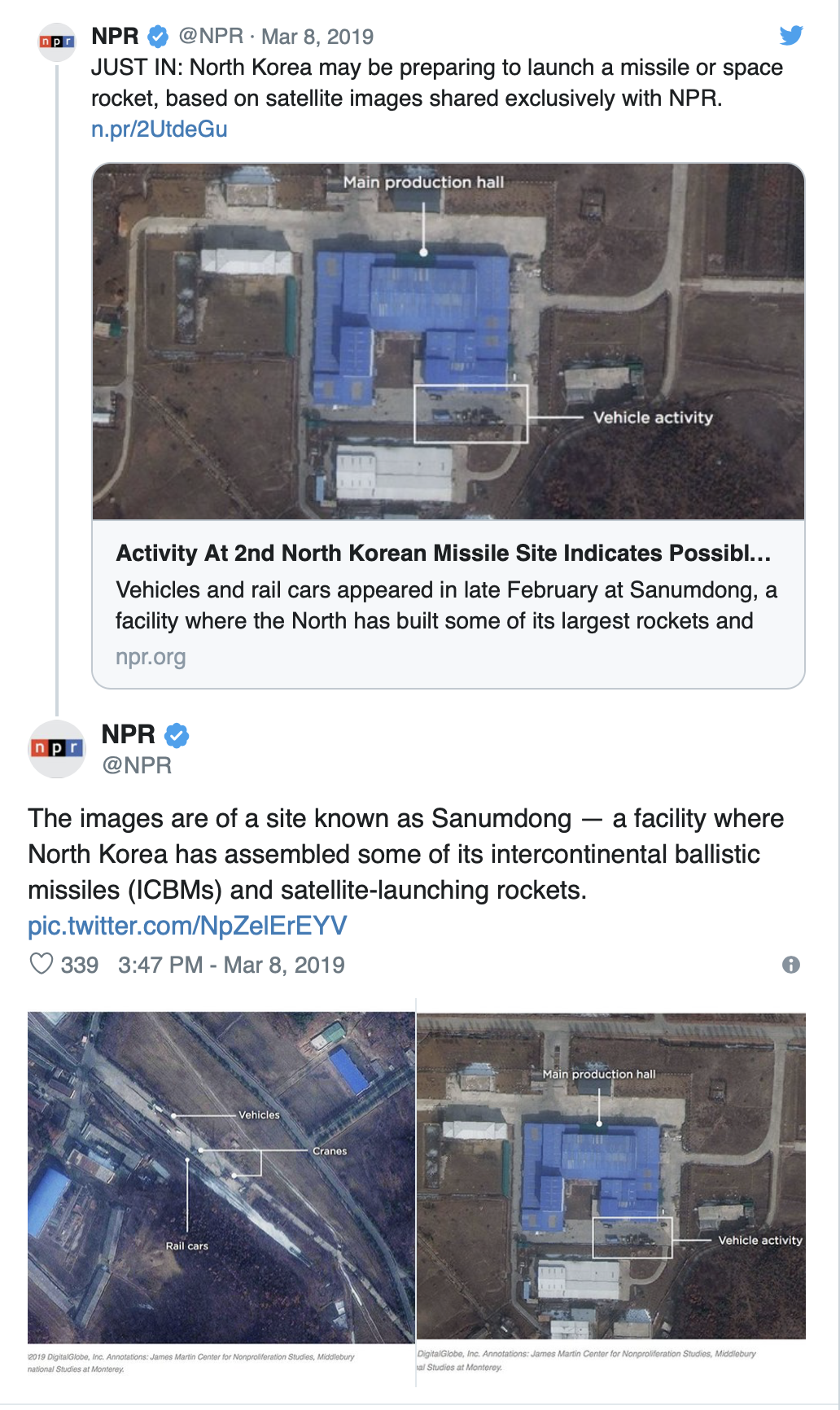 Commercial satellite images of North Korea’s rocket facility in Sanumdong suggest that Pyongyang may be preparing to launch a missile or space rocket in a short time, the US-based NPR radio station reported, publishing one of the pictures.

The new image, which surfaced on Friday, came just days after several US think tanks and South Korea's Yonhap news agency reported that satellite pictures showed works were underway to restore the Sohae Satellite Launching Station at Tongchang-ri, which Pyongyang pledged to dismantle after last year’s summit with the United States in Singapore.

The new images taken by DigitalGlobe on February 22 and shared with NPR show cars and trucks parked near the Sanumdong facility. Two cranes are, meanwhile, erected in a rail yard, the radio station said.

According to Jeffrey Lewis, the director of the East Asia Nonproliferation Project at the Middlebury Institute of International Studies at Monterey, quoted by the media outlet, "that's really what it looks like when the North Koreans are in the process of building a rocket."

The expert, however, stressed that it was impossible to conclude whether Pyongyang was preparing to launch a military missile or a rocket that could carry a civilian satellite.

Meanwhile, the radio station noted, referring to Friday’s images of the site taken by another company, that no vehicle activities were currently seen at the scene, while one of the cranes disappeared.

Following the first reports about the alleged renewed activities at the Sohae facility, the US State Department said that it viewed any launch of a space vehicle by North Korea as inconsistent with the country's commitments.