Black holes are devastatingly powerful forces of nature, and nothing demonstrates their incredible might quite like seeing one tear apart a star. Recently, NASA’s sky-scanning TESS satellite caught a glimpse of that exact scenario playing out at the heart of a galaxy 375 million light-years away. 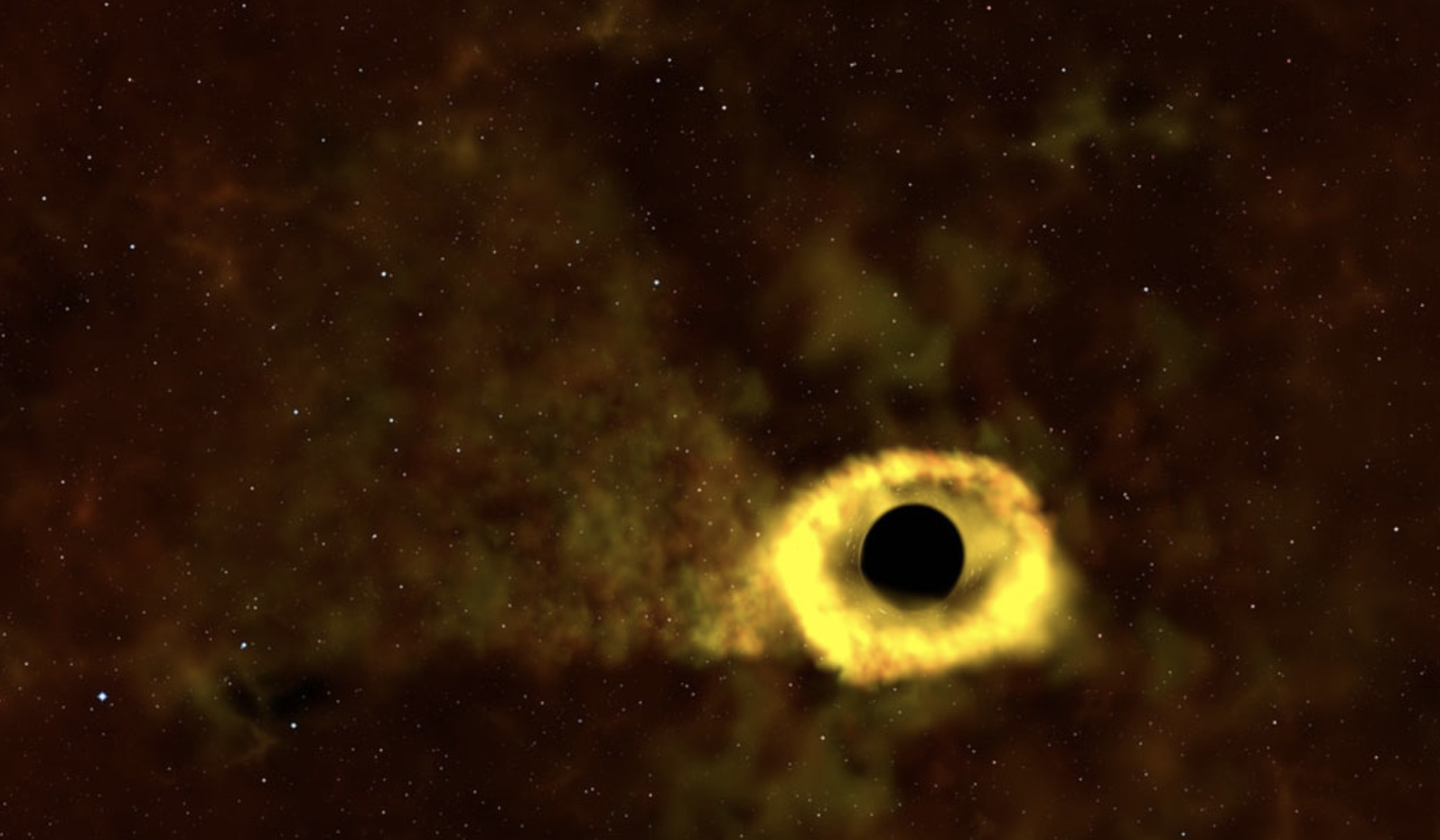 In a new paper published in The Astrophysical Journal, scientists explain how they first detected the destructive event using a network of telescopes called the All-Sky Automated Survey for Supernovae, or ASAS-SN. After its detection, the event was labeled ASASSN-19bt and NASA’s TESS was used to get an even better view of the fireworks.

The bright flash of the star getting a bit too close to the black hole is known as a tidal disruption event, or TDE. The star, drawn in close to the black hole by gravity, got close enough that the intense pull actually tore the star apart, flinging material into space and creating a disk of fiery debris that surrounds the black hole. This was the first such event observed by TESS, but scientists hope it won’t be the last.

“The early TESS data allow us to see light very close to the black hole, much closer than we’ve been able to see before,” Patrick Vallely, co-author of the study, said in a statement. “They also show us that ASASSN-19bt’s rise in brightness was very smooth, which helps us tell that the event was a tidal disruption and not another type of outburst, like from the center of a galaxy or a supernova.”

These observations were a first for NASA’s TESS, but it’s just one of many TDEs astronomers have spotted over the years. Still, scientists are eager to see as many as they can, and NASA believes TESS will play a major role in spotting them in the near future.

By Mike Wehner, From BGR