[SatNets] A good morale boost, no doubt, as SES WORLD SKIES, dedicated to keeping armed forces connected, announced that the Services Sound and Vision Corporation (SSVC) has extended agreements to deliver television and radio programming to British troops around the world.

The non-profit organization will utilize two SES WORLD SKIES satellites, 30MHz on NSS-12 and 27MHz on NSS-806, to distribute a popular mix of news, sports and entertainment channels from The British Forces Broadcasting Service (BFBS) to remote military installations. British Forces across Africa and the Atlantic Ocean Region, including forces in The Falkland Islands, Belize and British Navy ships traversing international waters, are well within reach of the SSVC’s satellite-delivered content. 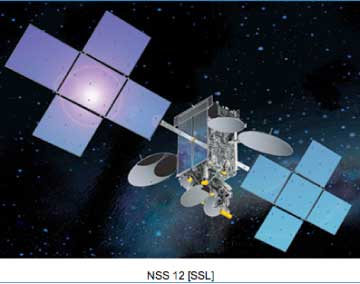 “SES WORLD SKIES satellites and expertise enable us to reach Royal Navy, British Army, and Royal Air Force personnel and their families stationed in some of the world’s most remote locations with familiar programming from home,” explained Simon Shute, Director of BFBS Technology at SSVC. “The unmatched coverage of these strategically placed satellites plays a vital role in our mission to contribute to the effectiveness and morale of British forces and to the overall welfare of their families around the globe.”

“Working together with SSVC, SES WORLD SKIES is providing cost-efficient satellite delivery to one of the most compelling and important missions today – keeping troops around the world connected,” said Simon Gatty Saunt, Vice President of Sales, Europe and CIS, for SES WORLD SKIES. “We are honored to continue our support of British forces stationed overseas with the reliability and reach of our fleet and SSVC’s great lineup of radio and television content.”