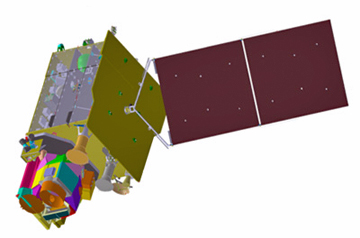 Illustration of KARI's GEO-KOMPSAT 2A (GK 2A) satellite. 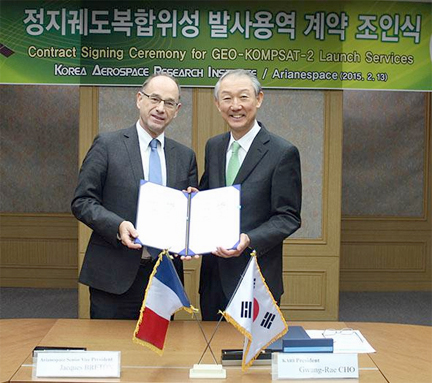 Arianespace Chairman and CEO Stéphane Israël welcomed the contract signing and said, "Our last launch for KARI occurred in 2010. Now, we have been chosen again by KARI to launch these two impressive meteorological observation missions. Arianespace will deliver."

Details regarding KARI are available at http://eng.kari.re.kr/