WTA names their 2017 Teleport Executive of the Year...

The President and Chief Strategy Officer of Global Eagle, Abel Avellan, has just been named as the World Teleport Association's (WTA) 2017 Teleport Executive of the Year. 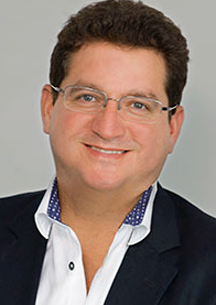 Mr. Avellan will be honored during WTA’s Teleport Awards for Excellence luncheon on March 7 during SATELLITE 2017 in Washington, DC. The Teleport Executive of the Year award is presented to an individual for demonstrated entrepreneurship, leadership and innovation in the development or operation of a teleport-based business.

Mr. Avellan was previously Chief Executive Officer of Emerging Market Communications (EMC), which he co-founded in 2000. He has more than 25 years of experience as a trained engineer and played a major role in developing several of EMC’s patented applications designed for bandwidth re-utilization, noise reduction and reduction of antenna sizes for fixed and mobile networks.

During the 2017 Teleport Awards for Excellence luncheon ceremony, hosted by Crystal, WTA will also honor its Independent Teleport of the Year and Teleport Technology of the Year. The luncheon begins at noon on the 7th of March and is free to WTA members who register. Attendance is also available on a paid basis to non-members. Registration is available online on WTA's website at this direct link...

According to the WTA's director of development, Lou Zacharilla, Abel is one of the industry’s best deal-makers as well as one, one of its chief innovators. His inventions have enabled the entire industry to enjoy more efficient bandwidth utilization, better applications for the new world of mobility and new ways to push HTS payloads further.  He has also helped make a “better satellite world” through the delivery of his technologies to the United Nations and other NGOs where mission-critical communications make all the difference.