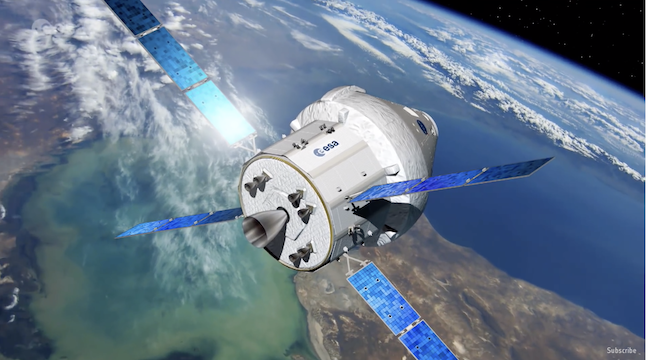 Artemis 2 is Orion’s first mission to carry astronauts, and Aerojet's engines will ensure the spacecraft’s in-space trajectory and position, as well as serve as backup to the main engine. The eight 110-pound-thrust bipropellant engines will be coupled into four pairs on the bottom of the ESM. The ESM, which remains connected to the spacecraft throughout the mission until just prior to Orion's re-entry to Earth’s atmosphere, provides propulsion, power, temperature control, air and water for crew members. (youtube video)

Orion's goals are to be capable of taking crews into deep space destinations and returning them safely to Earth. Launched on NASA’s new Space Launch System (SLS) heavy-lift rocket, Orion is designed to carry people farther into space for longer periods of time than ever before, withstanding higher levels of radiation and re-entry speeds than any previous human-rated spacecraft.

Aerojet Rocketdyne CEO and President Eileen Drake stated that based on the flight-proven R-4D engine, their auxiliary engines will provide critical maneuverability and propulsive support to Orion throughout its mission.