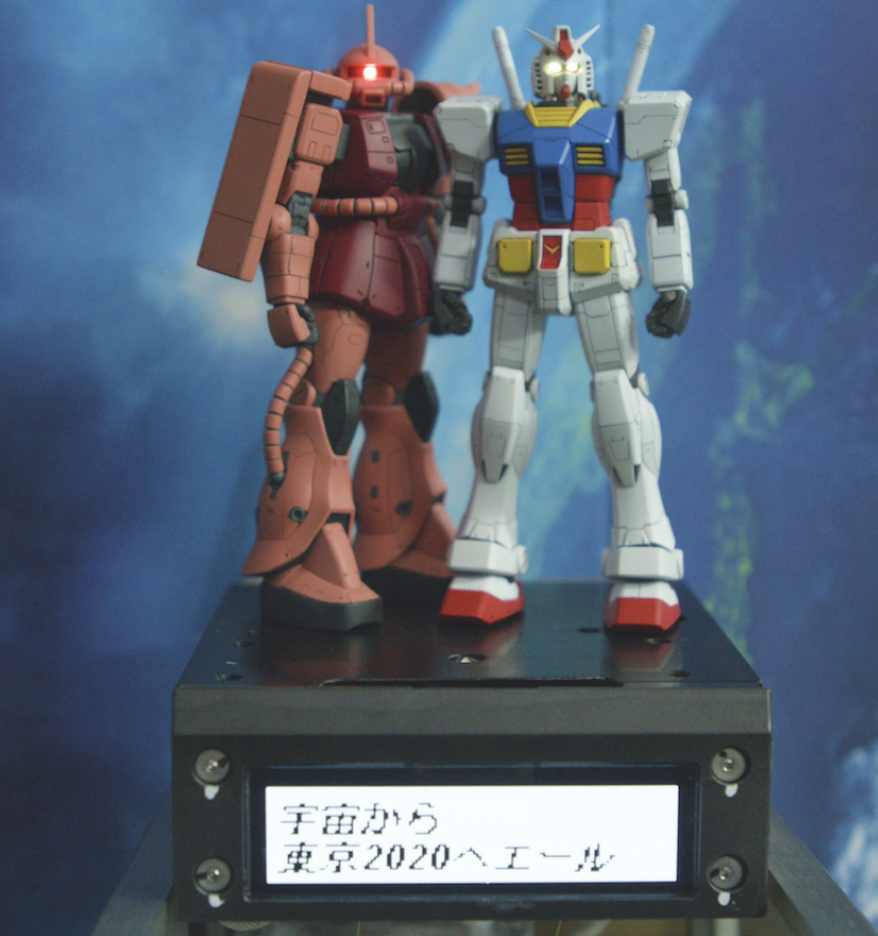 The Tokyo Organising Committee of the Olympic and Paralympic Games (Tokyo 2020) on Tuesday announced the completion of its “G-Satellite Go to Space” satellite, which will orbit the Earth during the Olympic and Paralympic Games Tokyo 2020. The miniature satellite’s payload will include two of Japan’s most popular animated characters – “Mobile Suite Gundam” and “Char’s Zaku.”

The satellite will be carried to the International Space Station (ISS) aboard a supply ship in March 2020 and released from the ISS into its own Earth orbit in April 2020.

Measuring just 10cm x 10cm x 30cm, the satellite will orbit the Earth for the duration of the Games. In addition to a cubicle housing the two animated figures, it will contain a number of small cameras which will record and transmit their images and an electric bulletin board which will be deployed once the satellite is in orbit. The bulletin board will display messages about the Tokyo 2020 Games in English, French and Japanese. The exterior front surface of the satellite will be colored gold, inspired by a gold medal.

The Gundam and Zaku figures needed to be cast in miniature in order to fit in the tiny satellite, and have been produced using special materials and paints that can withstand the harsh environment of space. These have undergone various tests, including vibration and impact assessments and tests reproducing  the effects of a vacuum. The eyes of the figures will glow on a white background in each of the colors of the five Olympic rings during the Olympic Games and three Agitos colors during the Paralympic Games and their heads will move.