A former Canadian Space Agency's (CSA) executive, Dr. David Kendall, has been appointed to chair the United Nations Committee on the Peaceful Uses of Outer Space (UN COPUOS) for the next two years—this is the first time that a Canadian will chair the Committee. 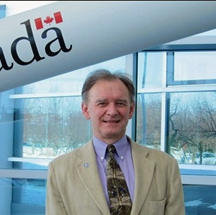 Dr. Kendall has nearly 40 years of experience in the space sector. He joined the CSA upon its creation in 1989 and held various positions, beginning as a research scientist before becoming Director General of the Space Science directorate in 2004. Until 2014, Dr. Kendall was Senior Executive Advisor to the President. His knowledge and experience will be incredibly valuable as he takes on the role of Chair. He will continue to build upon the reputation that Canada has earned within the Committee through its leadership in key initiatives such as Global Health and Space Weather, as well as the mitigation of Space Debris.

Canada is a founding member of the UN COPUOS, and our continued participation is ensured through the coordinated efforts of Global Affairs Canada and the Canadian Space Agency. Through consultation with other government departments, the Canadian delegation represents our national interests and policy positions at the COPUOS and its subcommittee sessions.