Airbus-Built PAZ Satellite Pushed to Orbit for Hisdesat by SpaceX

The Airbus-built PAZ radar satellite for Hisdesat has been successfully launched by SpaceX from Vandenberg Air Force Base, in California, USA — ten minutes after launch, the satellite separated from the launcher and will soon be positioned at its 514 km orbit. 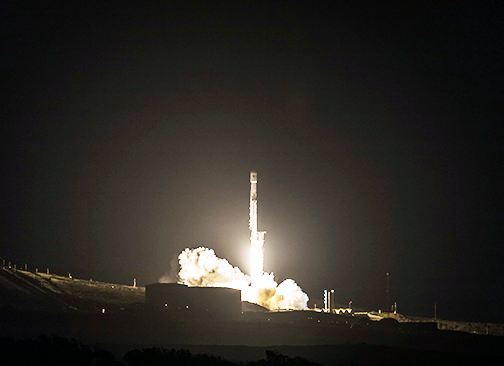 Photo of the launch of the PAZ satellite.Image is courtesy of SpaceX.

During the next three months, all In-Orbit Testing (IOT) activities will be carried out from Madrid and will serve to validate the correct functioning of the spacecraft and its radar performance. The verification of the two secondary payloads, the sophisticated Automatic Identification System (AIS) for global control of the maritime scenario and the Radio Occultation and Heavy Precipitation experiment (ROHP), will be carried out. As prime contractor, Airbus Spain built the PAZ satellite, leading a team of 15 European companies and three universities. 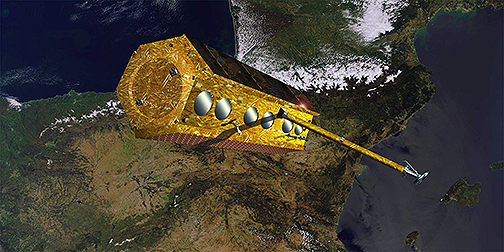 Artistic rendition of the PAZ satellite, courtesy of Airbus.

PAZ is equipped with advanced active SAR (Synthetic Aperture Radar) technology designed for high flexibility and the capability to operate in multiple modes with different image sizes and resolutions. It will take images 24/7 and in all weather conditions. PAZ is designed for a mission life time of five and a half years, serving both Spanish government and commercial needs. The initial investment made in the project was 160 million euros.

The new constellation will be jointly exploited by Hisdesat and Airbus. PAZ data will also be used as part of Copernicus, the European Union’s Earth monitoring program.

Nicolas Chamussy, Head of Space Systems within Airbus, said that PAZ is the first Spanish radar satellite and has now joined the TerraSAR-X and TanDEM-X satellites. Operating on the same orbit, the three satellites form a very high-resolution SAR constellation providing reduced revisit time and increased acquisition capacity. PAZ is another good example of the advanced technologies that Airbus has to offer to improve everyday lives. Environment monitoring, management of natural resources, urban and agricultural planning and crisis evaluation are just a few examples of the numerous applications this satellite will be used for.