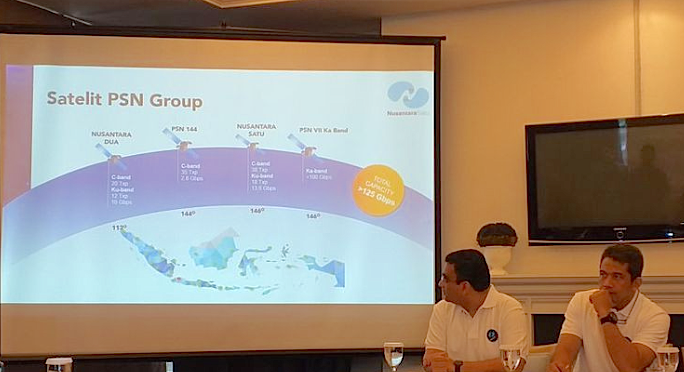 PSN president director Adi Rahman Adiwoso said the purpose of the satellite, which would have the largest bandwidth capacity of any Indonesian satellite, was to improve telecommunications services in remote areas where about 25 million people have not been able to enjoy 4G broadband signals.

“The need for the internet is very high. There are some 25 million people who have no good internet connections. They are our target,” Adi said on Wednesday as reported by kompas.com, adding that Indonesia as an archipelagic country had to improve poor internet services as otherwise the service gap would widen more.

He said providing internet access all over the country would support the government's efforts to improve public services because programs like the online single submission (OSS) would not work well without good internet connections.

He said education would also be supported by the availability of good internet access. “Teachers [in remote areas] also need to take test items and teaching materials […] so that they could practice teaching to a national standard,” Adi added.

“With the launch of the N-1, we would be able to expand our coverage within two to two and a half years after the satellite start operating,” Adi said.

The N-1 satellite was built in California, United States and would be launched in Florida. It weighs 4.7 tons and has a capacity of 15 gigabits per second. (bbn)