Iridium Communications Inc. (NASDAQ: IRDM) has hailed the completion of the firm's $3 billion satellite constellation upgrade campaign, known as Iridium® NEXT, during a press conference held at the National Press Club in Washington, D.C.

During the press conference, the company also used the opportunity to introduce a new small-form-factor transceiver known as the Iridium Certus SM 9770, which will enable creation of new consumer and industrial applications that are highly portable and IoT-friendly, optimized for small size and low cost, yet with higher speeds than in the past thanks to the upgraded Iridium satellite network. 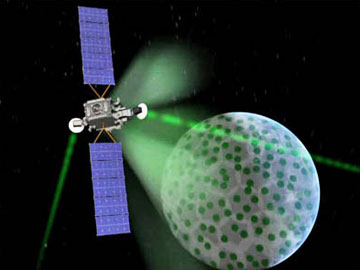 The completion of the Iridium NEXT campaign comes as the final two satellites required to complete the network refresh were activated on February 5th at approximately 2:15 p.m. EST. With a fully operational constellation, featuring 66 new Iridium satellites and no further launches planned, Iridium has concluded their nearly decade-long capital-intensive program that created an upgraded network in space and on the ground. After spending several hundred million dollars per year to build and deploy the new network, Iridium expects capital costs to decrease to approximately $35 million per year, with revenues continuing to grow as the company expands into newer revenue streams like broadband, IoT and hosted payloads.

First announced in 2010, the Iridium NEXT campaign featured eight launches with SpaceX. In total, 81 satellites were built by prime contractor Thales Alenia Space, of which 75 were launched, with 66 in the operational constellation and nine serving as on-orbit spares. Thales Alenia Space was responsible for design and integration of the new satellites, including launch and early operations testing in partnership with Iridium’s team at the company’s Satellite Network Operations Center in Virginia.

According to the company, the upgraded Iridium constellation enables never before possible services such as the AireonSM global aircraft tracking and surveillance system and Iridium Certus, the company's new broadband service, which launched commercially in January 2019. The upgraded network is also fully compatible with the original satellite constellation’s services, a notable accomplishment given the size and scope of the upgrade.

The new Iridium Certus 9770 transceiver, also introduced during this press conference, is a game changer for satellite IoT, aviation, maritime and consumer services, enabling low-cost, small devices that can make more efficient and higher speed connections than its predecessors. Built on the Iridium Certus technology platform, applications and devices made with the new transceiver will feature a range of speeds optimized for efficiently sending data to and from the user, typically in the range of less than 100 kbps.

The Iridium Certus 9770 is the first in a series of new devices that will augment Iridium’s existing transceivers with approximately the same form-factor as existing narrowband antennas used widely today in aviation, maritime, IoT and land-mobile markets, but using native IP technology at up to 35 times the speed as current devices.  This supports telemetry, pictures, high-quality voice calling, emails, internet access and more, at highly competitive prices. Select licensed manufacturers of Iridium can expect to receive prototypes of the device around mid-2019.

The Iridium satellite network is comprised of 66 crosslinked satellites that create a web of coverage around the entire planet.  Unlike other satellite systems, Iridium’s crosslinked architecture enables real-time transit of data to and from any location on the globe without the need for abundant ground stations and allows it to maintain consistent, high-quality coverage, including over the oceans and polar regions.

Iridium CEO Matt Desch said the completion of the Iridium NEXT program signifies a new chapter in the Iridium story, one that sees the company transforming from a big cash spender to a big cash generator. This is the realization of a long, successful climb, and reaching the peak, it’s gratifying to know the future of the company is secure, and Iridium now has financially matured as a satellite operator. Huge thanks are in order to Iridium's entire team, particularly SpaceX and Thales Alenia Space and their teams.

Jean-Loic Galle, CEO of Thales Alenia Space, added that the 75 on-orbit satellites are working very well, and the overall end-to-end performance improvement for existing customers is dramatic. Two years after the first launch, Iridium NEXT, one of the most sophisticated communication systems in the world, is now totally deployed and fully operational. All the satellites are interconnected, and Thales Alenia Space has ensured a continuity of service without any interruption. He exclaimed, "We did it! And we did it together – together with the Iridium team, our customer with whom we worked all these years much more as a partner than as a customer, together with Northrop Grumman, with all our subcontractors, and with SpaceX.  I’m convinced this one-team spirit was the secret of that success story.”