The new European Ariane 6 launch vehicle is to embark on its maiden flight from the Kourou space center in French-Guyana in July 2020. 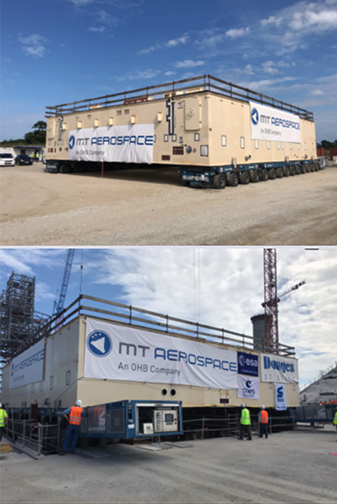 With the achievement of this milestone for one of the major components of the launch facilities, Europe has taken a further major step forward to complete the ground segment for the new launch vehicle. In addition to the launching table, the CNES contract covers the design and the construction of the mobile pallet systems used to bring the solid-propellant boosters to the launching site, the exhaust gas stream deflector and the umbilical tower with a height of roughly 66 meters.

MT Aerospace and MT Mechatronics have been closely involved in the construction of all launch facilities for the six ARIANE generations as well as the SOYUZ launcher at the space center in Kourou for over 40 years.