Iridium's Next Date for Second Launch of NEXT Satellites... Then Six Launches Every Two Months 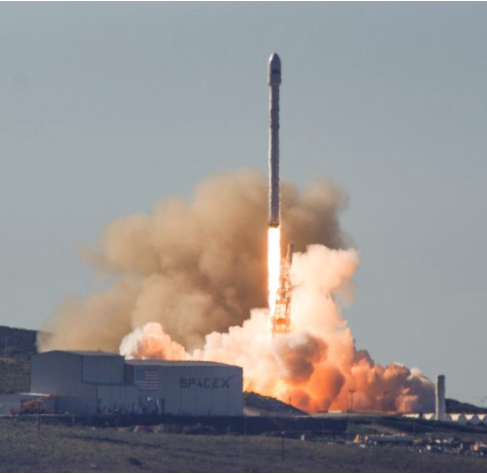 January 14, 2017, marks a historic day in Iridium history – the first payload of 10 Iridium NEXT satellites have been launched and deployed into low-Earth orbit (LEO) by their launch partner, SpaceX.  (Photo: Iridium)

A backlog in SpaceX’s launch manifest has created a domino effect for others who were queued up for launches, as an example Iridium Communications Inc. (Nasdaq:IRDM). The delay is due to SpaceX's anomaly last September 1st. Originally Iridium Communications Inc. was slated for mid-April of 2017, but now they have announced their targeted launch date is mid-June for the second mission of 10 Iridium NEXT satellites.  This second launch will deliver another 10 Iridium NEXT satellites to low-Earth-orbit (LEO) on a SpaceX Falcon 9 rocket.  SpaceX is targeting six subsequent Iridium NEXT launches approximately every two months thereafter.

This announcement comes as Iridium has successfully connected the first Iridium NEXT satellite via its crosslinks into its global low Earth orbit (LEO) constellation.  The new satellite is expected to begin providing service to Iridium customers in the coming days. This marks a major milestone for the Iridium NEXT program as the testing and validation phase is ahead of schedule and the satellites are working well.

Matt Desch, chief executive officer at Iridium stated that after such a successful first launch, they are eager to maintain the momentum until their network is completed. Even with this eight week shift, SpaceX’s targeted schedule completes their constellation in mid-2018.

Scott Smith, chief operating officer at Iridium added that their team at our Satellite Network Operations Center has been working around-the-clock to confirm the health and performance of these new satellites. And since their perfect orbit injection and deployment by SpaceX, their satellite testing process has progressed ahead of schedule, a testament to the rigorous development program they’ve undergone on the ground.

The upcoming mid-June launch will mark the second mission of eight Iridium NEXT launches with SpaceX, including the recently announced satellite rideshare with NASA and GFZ’s Gravity Recovery and Climate Experiment Follow-on mission (GRACE-FO). In total, Iridium currently has plans to launch 75 Iridium NEXT satellites – 66 to serve as operational satellites and nine as on-orbit spares.