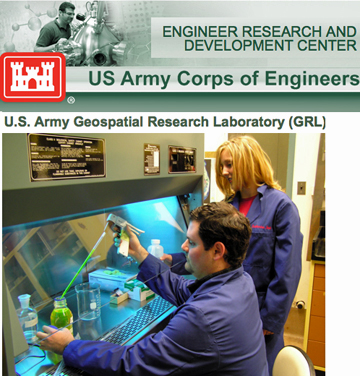 [SatNews] Geospatial intelligence can help commanders to gain better insight about which route to send their troops—a more concealed longer route versus a shorter more direct route that leaves the troops exposed to enemy fire.

The ability to obtain this information, analyze it and produce a report for commanders has been enhanced by the Situational Awareness Geospatially Enabled, referred to as SAGE, geospatial tool supporting the Distributed Common Ground System-Army, or DCGS-A. As the Army moves across the globe into new locations where the military may not be as familiar with the landscape, geospatial tools become a more and more critical part of the intelligence mission. SAGE helps intelligence analysts to rapidly identify the landscape and environments that could be factors in relevant operational factors, like estimates of how quickly the enemy can march through a designated area due to the terrain. In addition, SAGE can help to identify potential arable land and hydrology in support of nation building missions. The U.S. Army Engineer Research and Development Center's Geospatial Research Laboratory, co-located at the U.S. Army Geospatial Center, developed SAGE to help increase a leader's understanding and knowledge of the impact of terrain and weather in the operating environment, ultimately enabling informed command decisions.

Soldiers can use the SAGE tool that is resident in DCGS-A, which is the Army's intelligence foundation program, which gathers, analyzes and shares significant amounts of information pulled into a common environment, enhances Soldier situational awareness and improves commander's ability to protect the force. Behind a streamlined and simplified user interface, SAGE is a system of government-owned models and scripts that enables geospatial engineers, GEOINT professionals, and analysts at various echelons to create tactical decision aids in support of the military decision making process, intelligence preparation of the battlefield and troop leading procedures.

SAGE uses four types of data: elevation, terrain categorization, roads/streets, and map imagery. Foundation tools analyze slope, aspect, terrain, and roads/streets to create an obstacle overlay and maneuver network (on and off road) for 12 vehicle types, which represent approximately 170 vehicles in the NATO inventory. SAGE produces these foundation overlays based upon the factors found in Army documentation and established procedures. It draws out the power of "map data," which is produced and collected at various resolutions around the world, and enables a large set of users to conduct powerful analysis on this information.

Users across the Army have been working with the team to develop these SAGE tools to make sure that they support the mission. Since 2012, researchers and developers from the Geospatial Research Laboratory have trained Soldiers, warrant officers, and commissioned officers in all ranks from the Army level down to the platoon level as part of a formative training and evaluation effort. Evaluations were carried out at the 10th Mountain Division (Light Infantry), 82nd Airborne Divison, the U.S. Marine Corps in Thailand, the U.S. Military Academy, U.S. Army Japan, the Fort Dix, New Jersey readiness and training facility, and the Joint Readiness Training Center at Fort Polk, Louisiana. User-evaluation and validation surveys indicate an overwhelmingly positive response to the SAGE program among the population of trained users (including combat-deployed users), verifying the efficacy of SAGE as a legitimate combat multiplier and solution to the legacy capability gap of arduous terrain analysis.

Col. Bruce Stephens, U.S. Army Japan said, "weeks worth of work now created within hours, minutes, and seconds," when he described how SAGE supports the mission.

SAGE is currently used within DCGS-A all over the world, and has supported planning and operations at the Joint Readiness Training Center, the National Training Center and in Afghanistan. The SAGE tools have been made available for download through the Army Geospatial Center website to Geospatial Engineering Technicians (125D Warrant Officers) as part of a limited user verification and validation process.