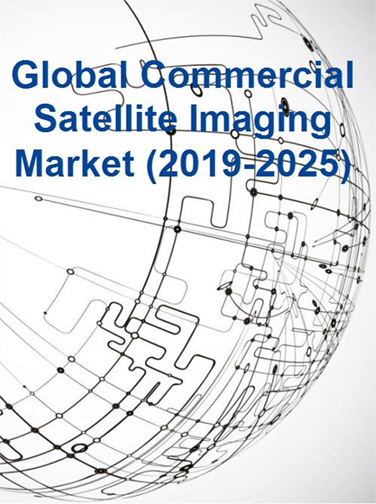 The Global Commercial Satellite Imaging Market size is expected to reach $4.7 billion by 2025, rising at a market growth of 11.3% CAGR during the forecast period.

Satellite imaging applications are navigation, mapping, GIS, marketing and advertising, emergency and security applications, business applications, sport, augmented reality/games, mHealth, tracking and social networking. All these applications are designed to meet the various requirements and conditions of use. The surge in context-aware applications is predicted to further enhance market growth during the forecast period and the increasing number of devices shipments with location-based services.

Based on Regions, the market is segmented into North America, Europe, Asia Pacific, and Latin America, Middle East & Africa. North America has represented the largest market share of commercial satellite imaging on the world market, due to the increase in adoption by government and military authorities of satellite imaging services. For purposes of map creation, military recognition, urban planning, disaster management, among others, Government and military organisations primarily use satellite images. In addition, the region's government is making major investments in promoting the introduction of commercial satellites to promote regional overall growth.

The market players are adopting progressive strategies to leverage the opportunities of the market. Companies are focusing on innovative strategies to compete in the market space. For instance, In June 2019, BlackSky, a subsidiary of Spaceflight (US) collaborated with HawkEye 360 which helps the BlackSky to make the use of signal-detection data offered by HawkEye 360's formation-flying satellite constellation in its own web-based analytical services. In July 2019, Maxar signed an agreement with Esri in order to deliver its Vivid and Metro satellite imagery mosaics to Esri for use in geospatial applications.