Astrium has been commissioned by the European Space Agency (ESA) to build the Sentinel-2B optical satellite, the next flight unit in the Sentinel series. The two parties signed the industrial contract, worth €105 million, today (March 31, 2010). 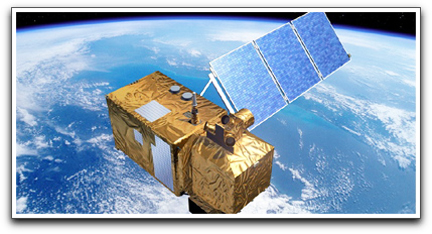 Artistic rendition of Sentinel-2 satellite
Following on from the Sentinel-2A contract that was signed in spring 2008, this latest show of confidence brings the total revenue generated for Astrium by the Sentinel-2 program to approximately €323 million. Within the Sentinel-2 program, Astrium is responsible for the satellites’ overall system design, multi-spectral instrument (MSI) and platform, as well as for satellite integration and testing. The company is also providing high-precision attitude control sensors and a state-of-the-art data storage system. It is additionally responsible for the mechanical satellite structure and the propulsion system, as well as manufacturing the thermal equipment and cable harness. The Sentinel-2 program involves Astrium sites in Germany (System design, Integration & Test), France (Instrument) and Spain (Satellite structure).

Each Sentinel-2 satellite is intended to spend a minimum of 7.25 years in orbit observing the Earth’s land masses. The satellites’ resources are specifically designed to ensure their mission can be extended by a further five years if required. They weigh around 1,100 kg and will be launched into a 786 km polar sun-synchronous orbit in 2013 and 2015 respectively. Their 13-channel multi-spectral instrument (MSI) generates optical images in the visible and short-wave infrared bands and boasts a resolution of down to 10 m and a swath width of 290 km. When fully operational, the pair of Sentinel-2 satellites will be able to cover all of the Earth’s land masses in five-day cycles, sending back data and images for a duration of at least 15 years.