2019 has been a red-letter year for the space business of the technology multinational GMV. Its turnover, topping 140 million euros for a total 245 million euros group revenue, is nearly 30% up on the previous year.

These figures confirm that its space business is still booming, multiplying its turnover by a factor of 2.5 since 2015, fueling a continual influx of new recruits into team GMV. Indeed, from the job-generation point of view, GMV is Europe’s sixth best-performing industrial space group behind only Airbus, Thales, Ariane, Leonardo and OHB.

This growth has also been across-the-board throughout the whole space business, with rates varying from 15 to 40%, and in most of the countries where the company runs space activities. Within GMV’s European group, Spain leads the pack; Germany holds on to second place, while sharp growth rates are also being recorded by the company's businesses in France, Portugal, Romania and the UK. 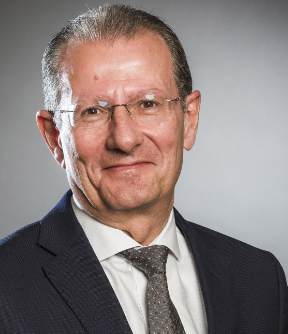 In the words of Jorge Potti, GMV’s general space manager, “2019 was a resounding success for GMV’s space business. These all-time high productivity rates, built up on the strength of the excellent work of our whole staff, speak for the thoroughness of our business approach in this area. ESA’s Council at Ministerial Level, held in late December, was another considerable boost to the sector, so we confidently expect this growth to continue into the future.”

Some of the main operations that have enabled GMV to record these figures are...

This remarkable year ended in grand style with ESA’s Council at Ministerial Level, chalking up a record subscription with the concomitant boost for the whole sector. This now ushers in for GMV a period of the highest expectations, further fueled by the firm’s solid track record and its ongoing growth.